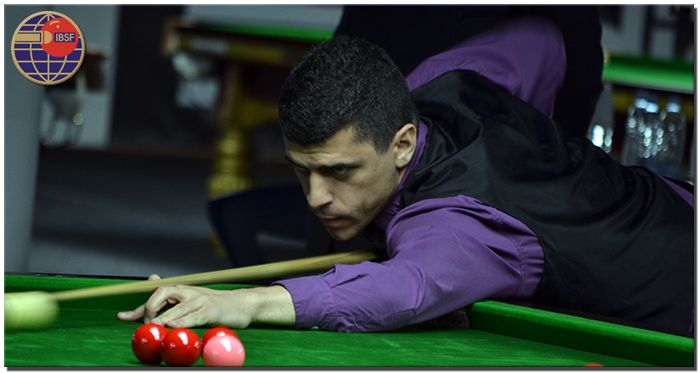 Munier Cassim from South Africa recovered from 2 frames down and made a rally of three successive frames to edge out Terry Davidson of Canada. Though he had no big breaks but a controlled game kept him confident enough to win the match.