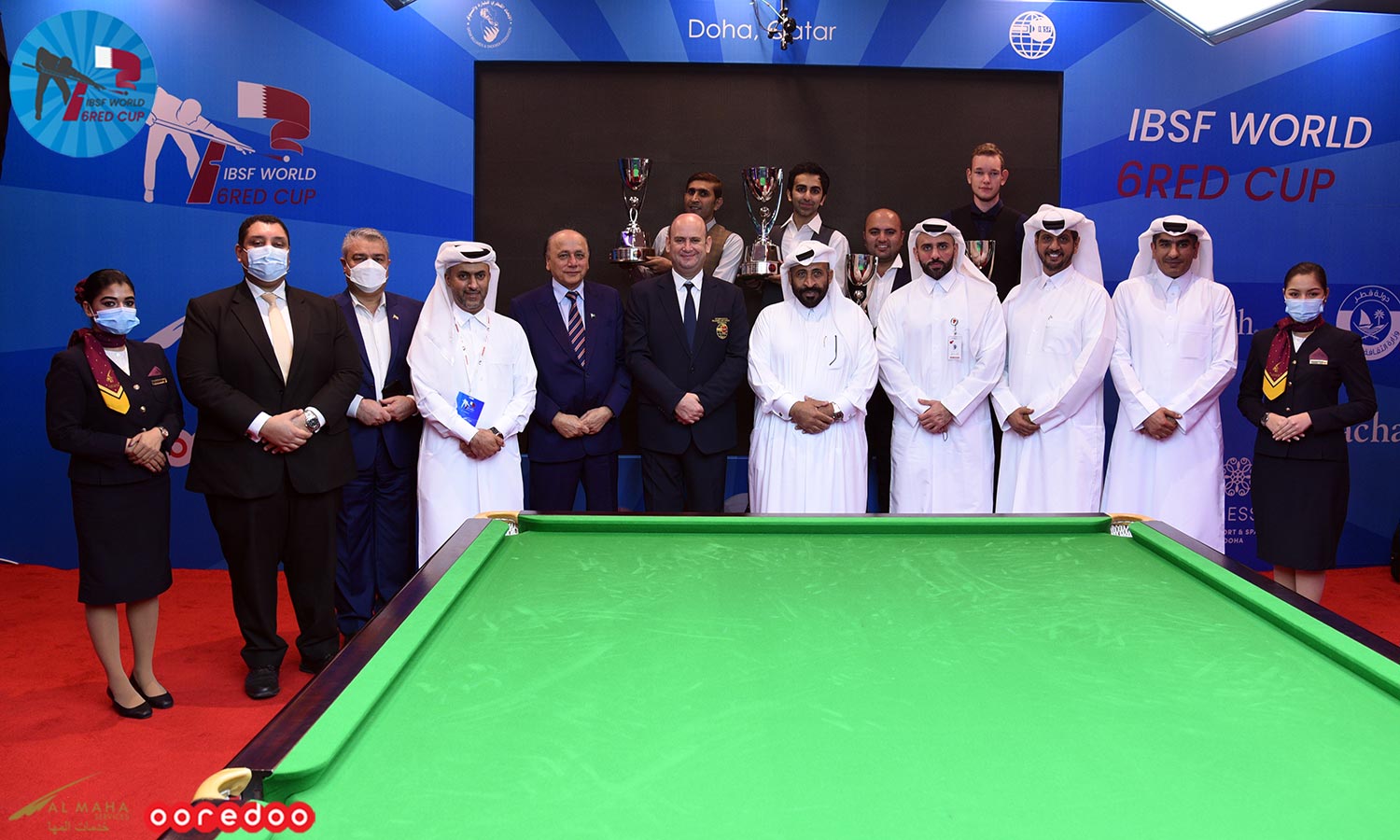 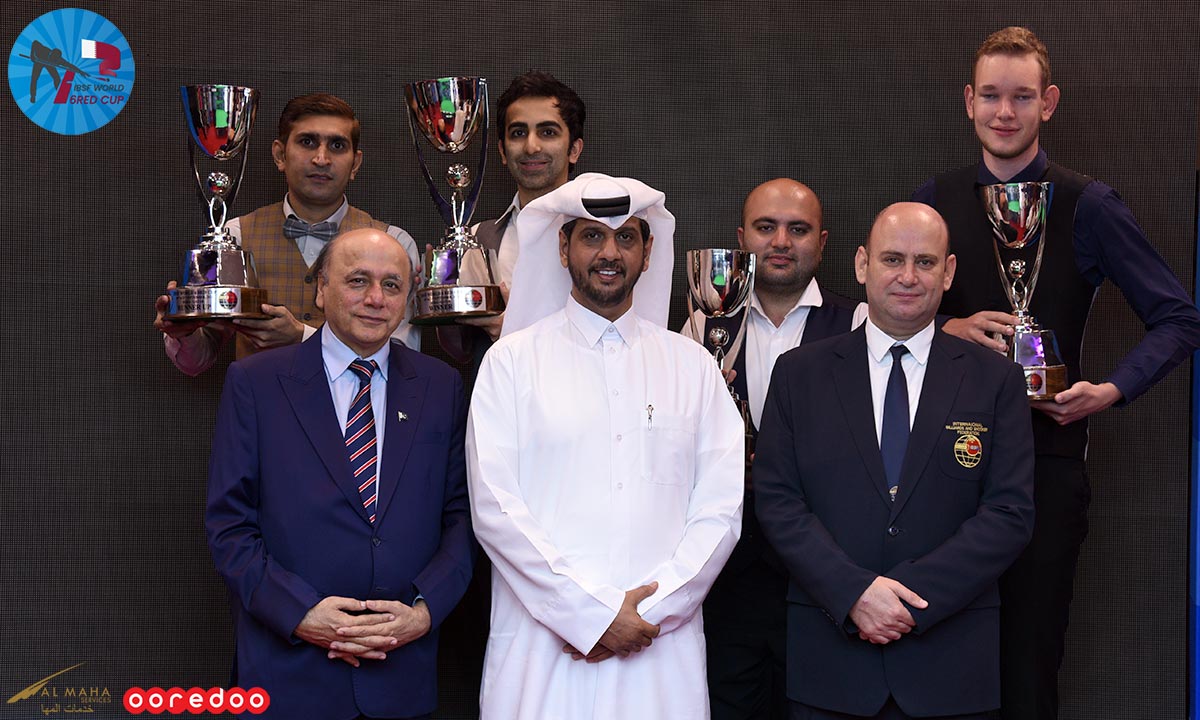 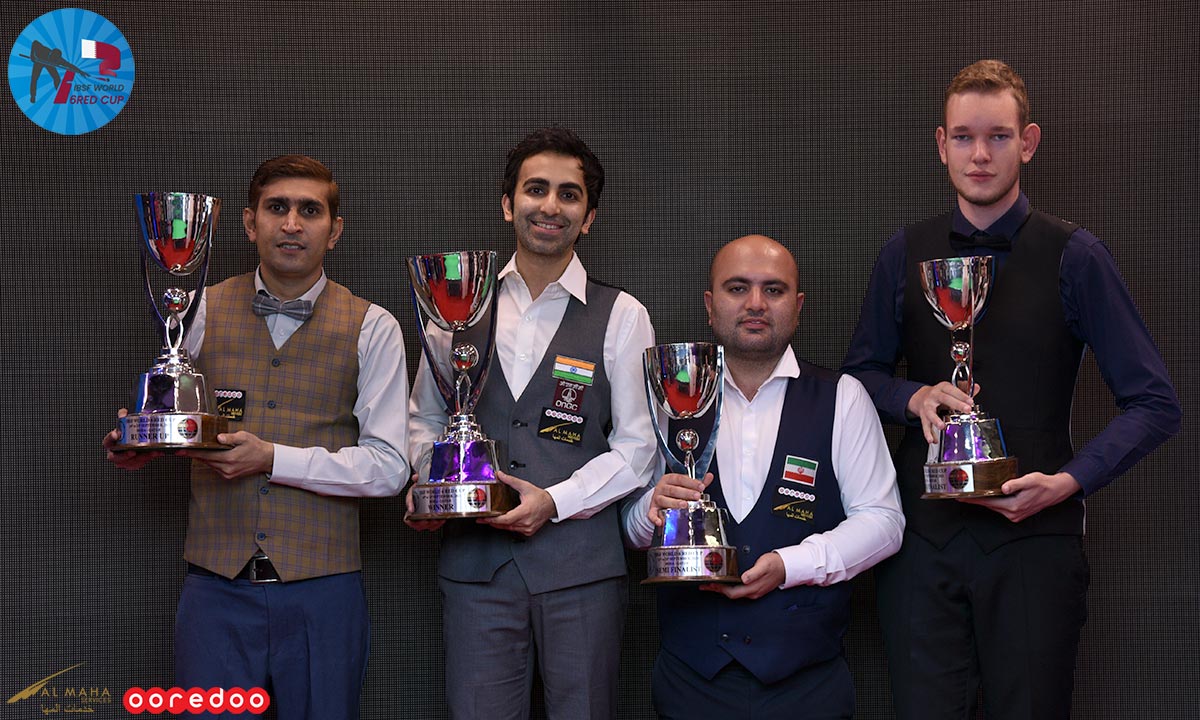 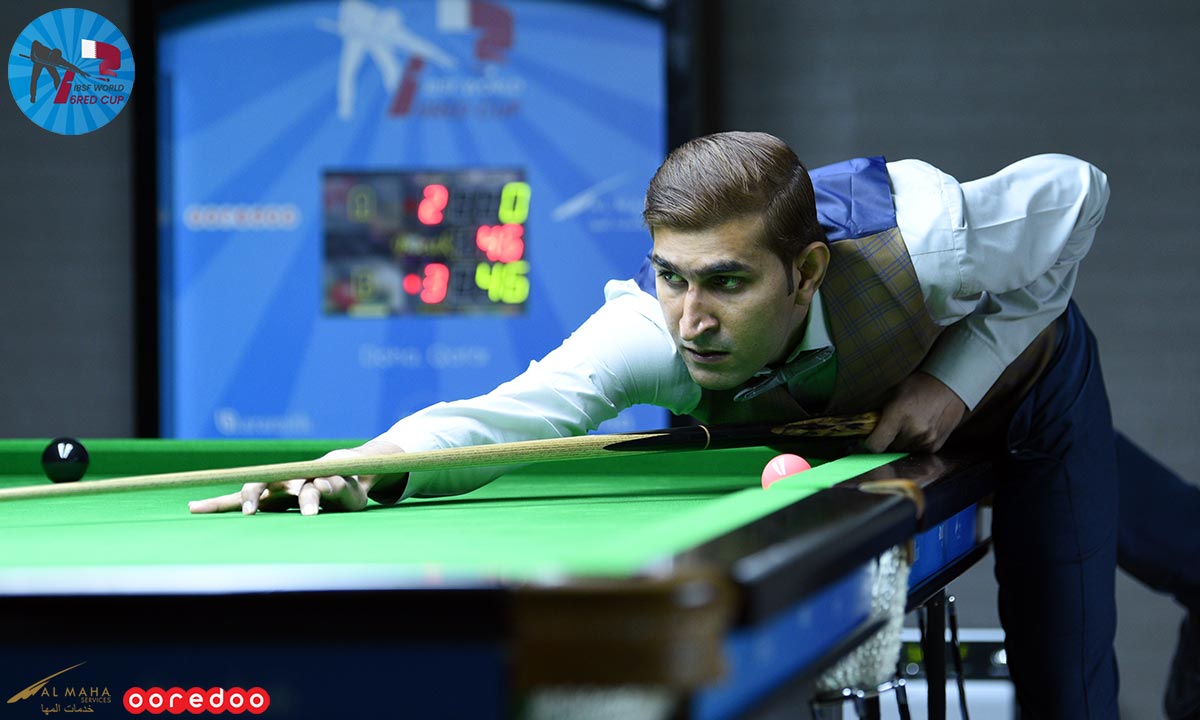 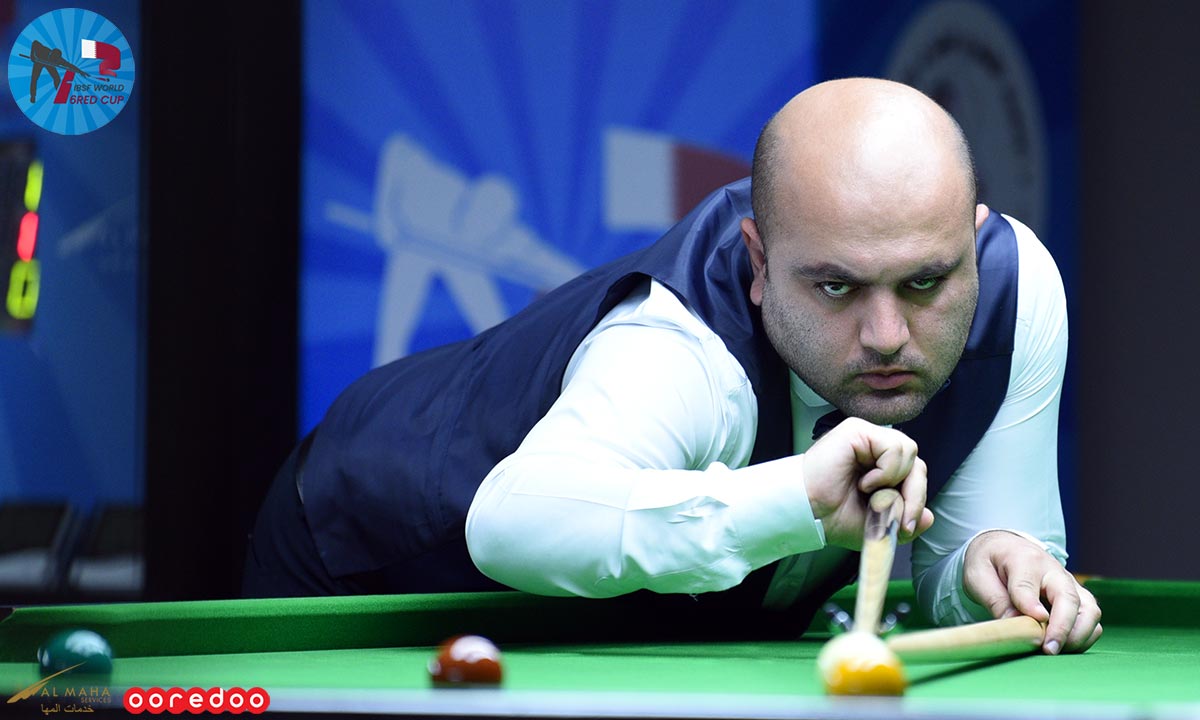 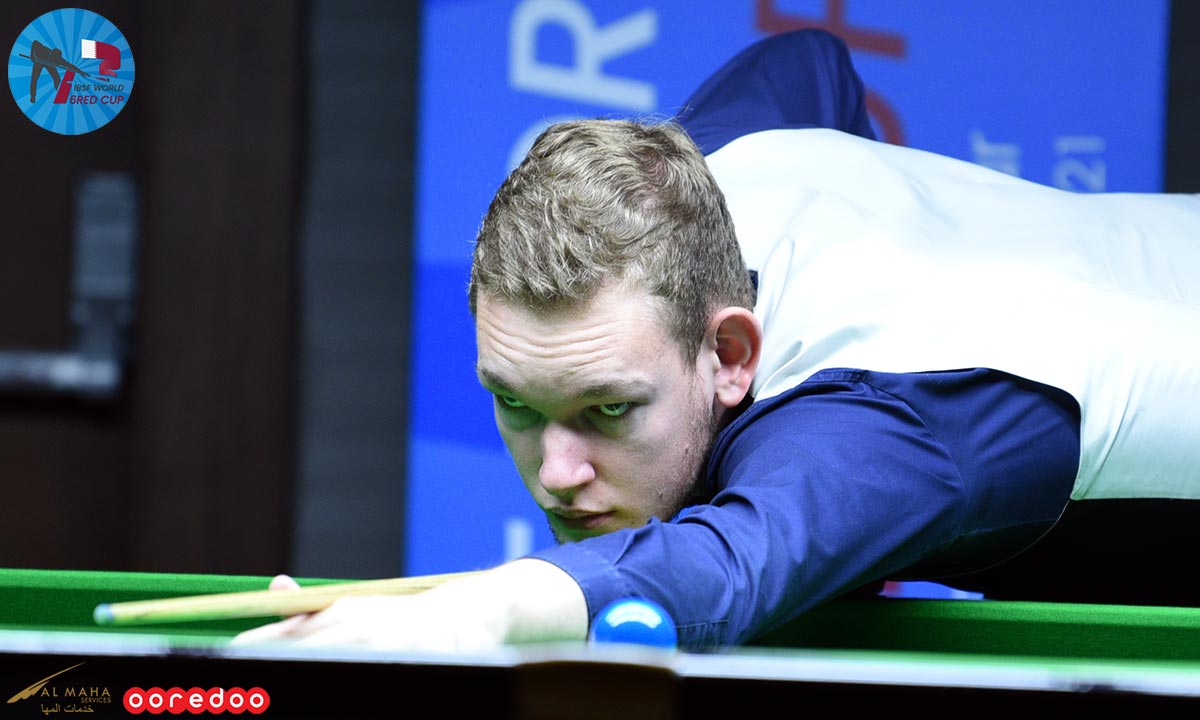 Cheung was dominating in the first four frames and also made breaks of 34 & 47 to obtain a lead of 4-0.

Cheung will now take on Amir Sarkhosh of Iran who reached the quarter-finals by defeating Saleh Mohammed of Afghanistan 6-2.

The Annual General Meeting of the IBSF was held on 17th September 2021 where the AGM elected new executives for the IBSF board.

The existing President Mubarak Al-Khyarin from Qatar and the Vice President Jim Leacy from the Republic of Ireland stayed unopposed and are elected for their respected positions.

For the position of Treasurer, the AGM elected Joseph Lo of Hong Kong for the next term.

Iran player Amir Sarkhosh is likely to get the top-seed position for the knockout stage of Qatar 6Reds World Cup 2021. The knockout stage will begin from today evening session where a total of 28 players are qualifying from the group stage and will compete for the title trophy.

Amir has already won all his group stage matches with a loss of only one frame. Brian Ochoiski of France is close to tying with him since he also lost only one frame, but he has to play one more match and the final seeding will be decided on the result of that match.

After them, the next players who will get a chance to stay in the top four are Pankaj Advani from India who won all matches with two frame losses and Babar Masih of Pakistan with three frames losses.

The remaining 24 players will play a prelim round to reach the Last-16 stage of the competition.

IBSF is sad to inform that former IBSF Treasurer Ray Habgood passed away last night due to a fall. Ray was in the IBSF office till 2012 and served our sport throughout his life. The IBSF expresses our deep grief on his sad demise and sends condolences to his family, friends and the New Zealand federation.

May the departed soul rest in peace.

Habib Subah of Bahrain set the new highest break of the Qatar 6Red World Cup 2021 by scoring a break of 79 during his group match against Soud Alabdulrazaq of Kuwait.

Habib was trailing 1-2 and after equalizing by winning the 4th frame and then got first free ball which he opted to pot brown ball to move forward and during his break he took two times blue with rest all black to accumulate this highest break.

In the next frame, he made another break of 58 points to raise his lead and then won the final frame to close the match proceedings 5-2.

The World Confederation of Billiards Sports (WCBS) has announced the sponsors for the 2022 World Games to be held in Alabama, USA during July 2022. A detailed letter issued by WCBS is attached below: 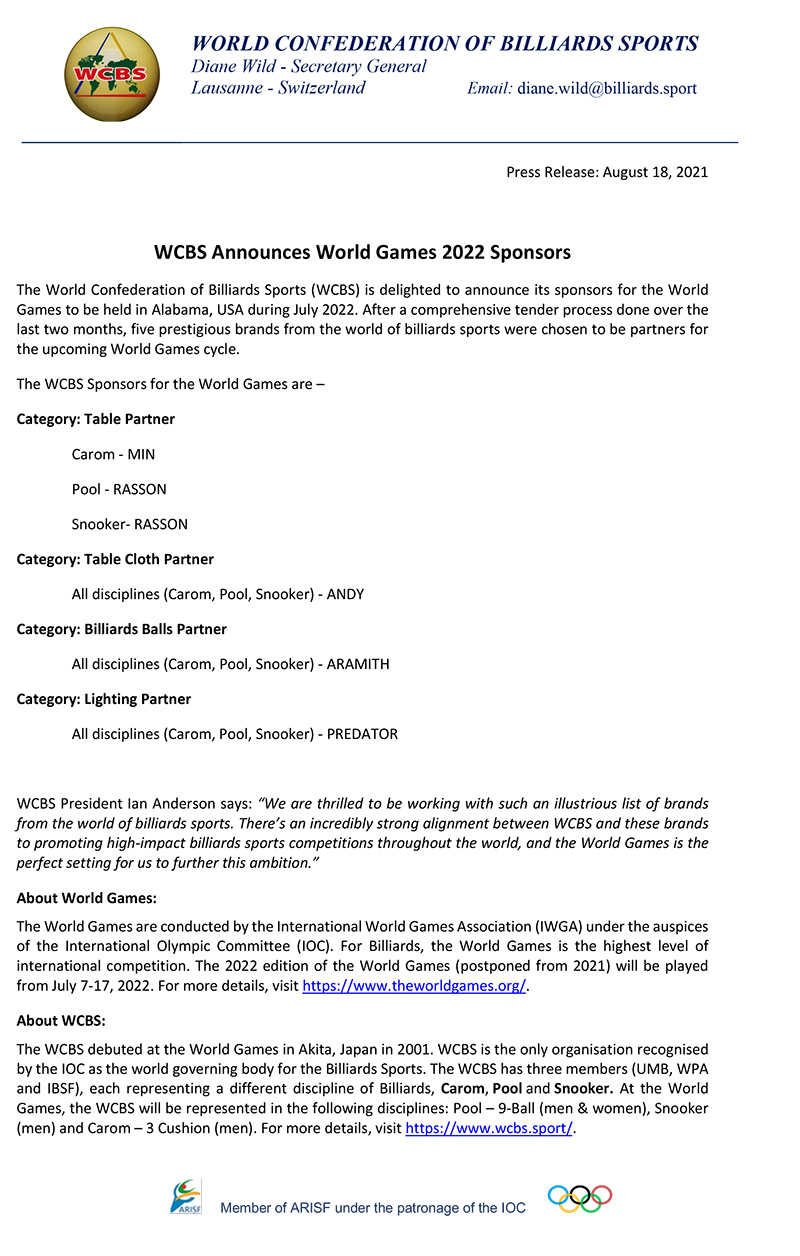