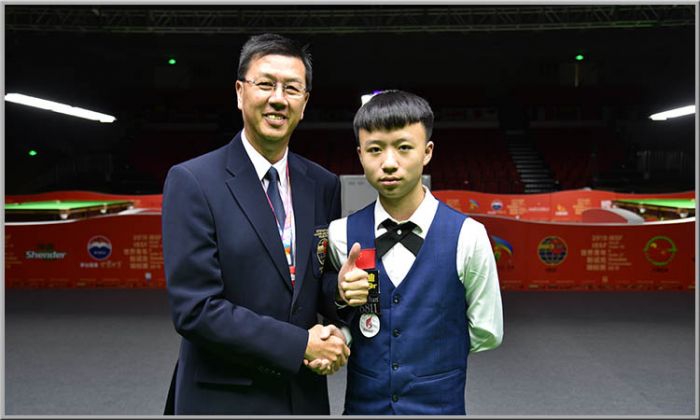 Chinese player Jiang Jun has become the 2019 World Under-18 Snooker Championship. In the best of 9 frames final played here in Pingdu, China, he defeated his compatriot Gao Yang 5-2 to claim the title.


In first frame Jun’s score was 53 when Gao sent a clearance break of 60 points. That must be a quick alarm for Jun and thereafter he held good control over the situation by winning back to back four frames in a row to obtain leading to 4-1.

Gao, however, pulled back one frame to cut the deficit but once again Jiang taken over control of seventh frame to outclass Gao and won 5-2.

Earlier today, Jiang Jun defeated Zhao Jianbo 4-1 in the semi-final match. Jiang started with a break of 82 points and later he made two more breaks of 58 and 50 points to knockout Zhao 4-1.