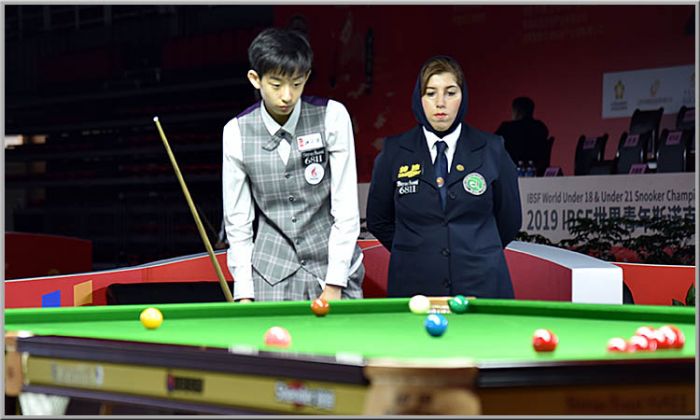 2018 World Under-21 Snooker Champion Wu Yize of China made a strong comeback from 1-3 down to win 4-3 against his compatriot Deng Haohui in Last-16 match.


But in quarter finals, he failed to maintain similar form and lost 2-4 against another compatriot Gau Yang to end title race of World Under-18 Snooker Championship 2019.

Gao Yang initiated first frame of quarter final with an unctuous break of 67 to lead 1-0. He could have won second frame too but towards end, Wu Yize managed capitalize on black ball game 66-59. After that both won alternate frame to make it 2-2.

From there onwards, Gao Yang accelerated and produced good safety alongwith sheer potting to tackle the World Under-21 champion to counter Yang. His efforts awarded him with back to back two frames that required to close match proceedings 4-2.

Jiang Jun exhibited quality game and dominated with a break of 61 to obtain 2 frames lead. Though Xing manage to win third frame, but that didn’t effect Jiang as he continued to dominate in next two frames to succeed 4-1.