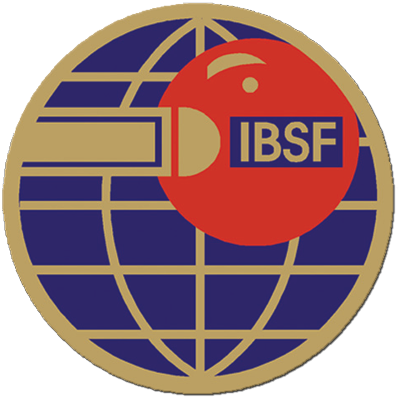 The International Billiards & Snooker Federation (IBSF) is an organisation that governs snooker and English billiards around the world.

In 1971 the World Billiards & Snooker Council was formed, changing its name in 1973 to the International Billiards & Snooker Federation. The name change came about because of the dissatisfaction of many overseas national associations that the Billiards and Snooker Control Council (then the Billiards Association & Control Council) should be the governing body of both the English domestic game and the game at international level. Consequently, the IBSF took control of the organisation of the non-professional championships of both snooker and billiards.

The IBSF is made up of seventy three affiliated countries all of which belong to one of the five Olympic Regions: Africa, Americas, Asia, Europe and Oceania.

The IBSF Board of Directors has four executive officers, namely the President, Vice-President, Secretary and Treasurer, plus two representatives from each Olympic Region. These four executive officers are responsible for the day to day running of the Federation and are answerable to IBSF members at the Annual General Meeting. The IBSF AGM is normally held during the period of the IBSF World Snooker Championships.

The aims and objectives of the IBSF are to co-ordinate, promote and develop the sports of billiards and snooker on a non-professional level and, as the world governing body, to determine championship conditions, formats, dates and venues for the following:-

The IBSF also promotes and fosters our sports with all other bodies with similar objectives.

The IBSF is the snooker division of the World Confederation of Billiard Sports (WCBS). The WCBS is an organisation that promotes cue sports in the form of carom, pool and snooker. The aim of the WCBS is to gain the acceptance of these three cue sports disciplines into the Olympic Games (see WCBS from the Links page for further details).