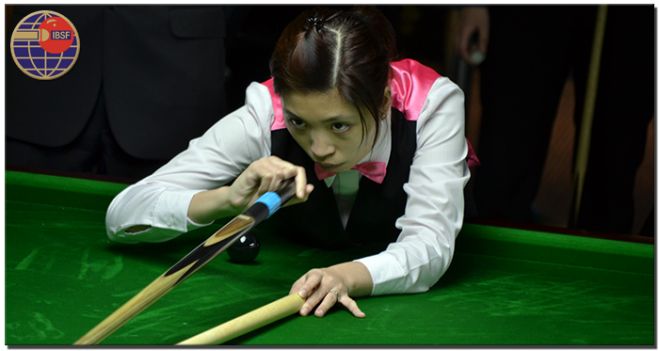 Another first almost occurred in the tournament today. In the match between  Ka Kai Wan of Hong Kong and Australia’s Jessica Woods, and with Wan Leading 2-Nil, she started the third frame and in the rally of safe shots, both the players started pushing all reds towards corner pocket and covered that with a re-crafted bunch. The rally went for more than 30 minutes. Eventually it was Jessica who took the initiative and broke that re-crafted bunch and managed to put some points on the score board. Though she gained the lead but failed to sustain it for long as Ka Kai Wan overtook and closed the proceedings by winning the frame and match. 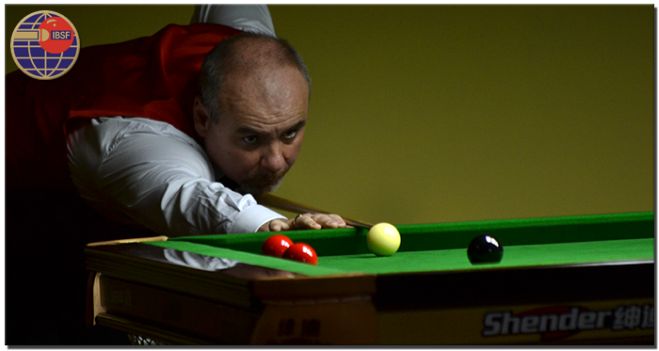 Defending Champion, Wendy Jans of Belgium demonstrated excellence of game and produced four breaks in three frames to thrash out Nikoleta Nikolova of Bulgaria 3-0. Earlier in the tournament Wendy had been threatened by Siripaporn and had to struggle to wing. But today was another day. In the first frame itself Wendy’s breaks of 54 and 50 were enough indication to her opponent that the match would be a short one and she made it come true by producing two breaks of 32 and 31 points in successive frames to seal the match 3-0. 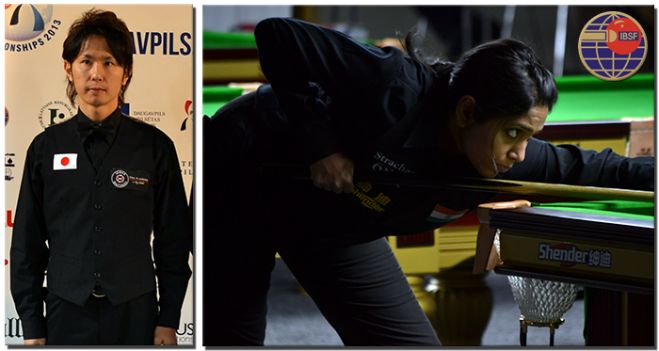 The big upset of the day was from the cue of Tetsuya Kuwata of Japan who defeated former World No.4 Soheil Vahedi of Iran. With an opening break of 83 points, Tetsuya exhibited his talent and made it clear that he was not intimidated by Vahedi’s achievements. Though Vahedi  rose to the challenge and leveled the score line by winning the next frame but after that it was Tetsuya all always. He never allowed Vahedi into the match again as he maintained a good lead in remaining frames and succeeded in creating a massive depression in the Iranian camp.