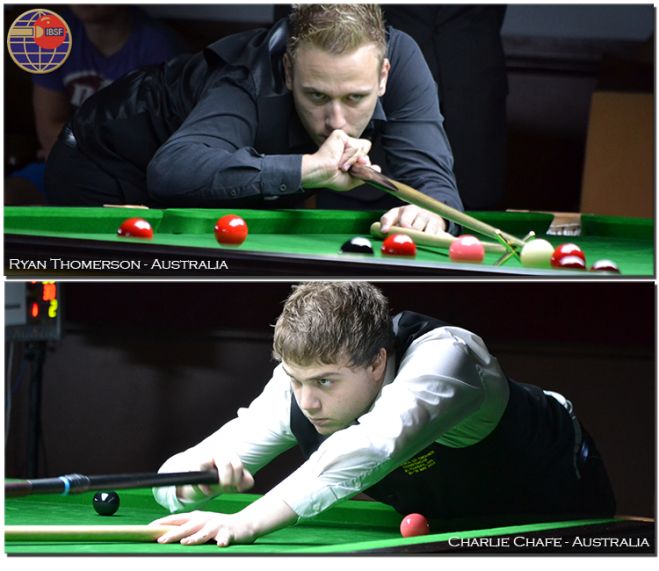 In an unexpectedly tough contest, Ryan Thomerson of Australia managed to edge out Adem Gerwash of Liby to step in Last-32.

Thomerson missed the third frame by just one point and had also struggled in couple of frames but composed himself to counter all odds and had a break of break of 70 points to lead 3-2. Adem, who do not want to concede so easily pulled him to play decider by winning the sixth frame 55-41. In such do-or die situation, Tomerson crafted an excellent break of 62 points to win the decider and knock-out Adem. 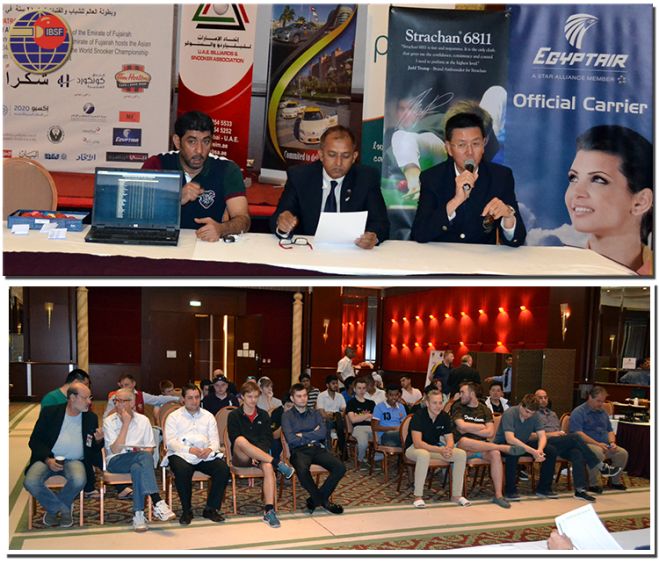 Today morning there was last session of group stage matches in 2014 IBSF World Under-21 Snooker Championships and the tournament committee prepared the knockout draws for Men and Women discipline.

In men's group, Hossein Vafaei Ayouri from Iran grabbed the top-seed slot for knockouts having only single frame lose in overall matches he played. His average was 3.75 and equalizes with Indian's Dhvaj Haria who also had the same average but in lots, Hossein succeeded to gain top-seed.

All groups topper have been advanced to next round i.e. Last-32 and will play the winners of remaining 32 players those are placed in a round before.

In Women's group, Siripaporn Nuanthakhamjan of Thailand gained top-seed followed by Daria Sirotina of Russia. In the draw of total 6 players, winner of Keerath Bhandaal (India) and Amornrat Uamduang (Thailand) will play against Siripaporn in semis whereas winner of Anastasia Nechaeva (Russia) and Jessica Woods (Australia) will take on Daria Sirotina in next semi finals.

All four players of Indian contingent have qualified for knockout stage of Men's category Under-21 competition.

India is represented by Ashutosh Padhy, Dhvaj Haria, Sahil Nayyar and Ishpreet Chadha and all four have now been moved into knockouts that will start at 1500 hours on 15th May.