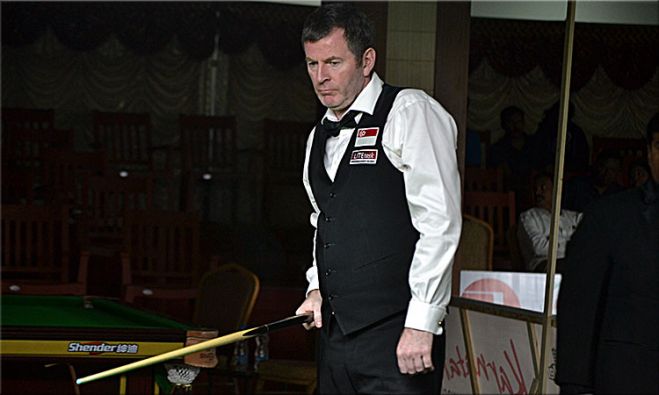 The second session match of Day 2 between multiple time World champion, Peter Gilchrist of Singapore, and the much talented Indian youngster Dhvaj Haria was played at very high level and actually Gilchrist had to sweat hard to secure his match by merely 17 points. 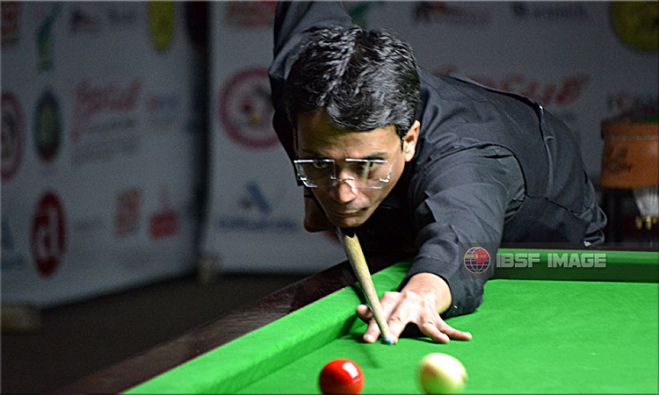 Indian player, Pankaj Advani has successfully defended his World Billiards (Timed) title defeating Peter Gilchrist of Singapore by 1168 points difference (2408-1240). This is his 14th World title and second this year.

Peter Glichrist had already won the 150Up event defeating Advani earlier this week, so sweet revenge for Advani to defend his Timed title.

Advani had done very well in the first session and was leading way ahead, continued with same zeal in the second session too. His constant scoring and ability to produce breaks at regular interval put Gilchrist all time under pressure.

Though Gilchrist also crafted some magnificent breaks of 156, 249, 107 and 198 points in Session 2, but Advani replied him every time with same amount of breaks and at last the champion ended up with much bigger break of 430 points to defend his title.

Rupesh Shah and Siddharth Parikh from India shared joint bronze as last night, Rupesh lost to Advani and Siddharth lost to Gilchrist in the semi finals.