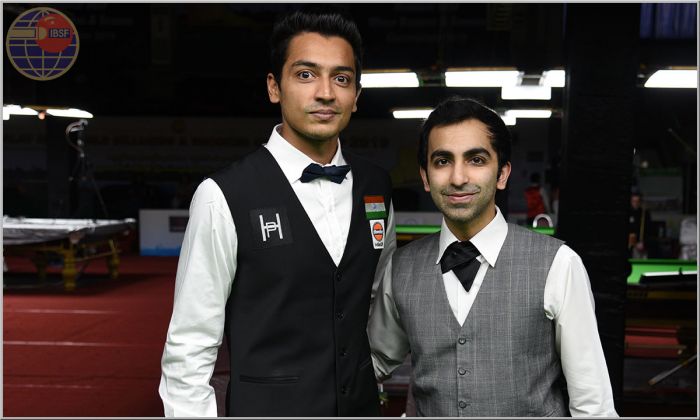 
5 hours 38 minutes match had seen every single thing in the game whether its about potting, planting snooker, break building or the safety, everything was summed up in this match.

The match started on bad note for India where their ace player Pankaj Advani lost the first frame against Au Chi Wai 32-67.

In second frame, Aditya crafted brilliant break of 62 points but then faced tremendous pressure when Fung Kwok attempted recovery by picking up each ball very precisely. Though Fung Kwok did not hit any break in the frame, but constant scoring was definitely a matter of concern for Aditya. However, he managed to save the match 72-53.

Doubles frame was again very crucial but ended in favour of India and then the next frame once again Hong Kong took away where Fung Kwok managed to pot excellent brown pot from cushion tight cue ball.

At 2-all, Aditya controlled the situation and edged out Au Chi Wai (72-54) to lead 3-2 but again it leveled when Hong Kong pair sent break of 57 in third frame to win 74-35. This frame was really a big tutorial for all who wants to learn exceptionally high quality safety.

However, in deciding frame, Pankaj applied his all experience to recover from those tiring hours and score 65 points against 0 of Au Chi Wai to secure medal for them.

They will now take on Thailand-1 (Thanawat Thirapongpaiboon and Kritsanut Lertsattayathorn) who defeated Myanmar-1 in straight set of frames 4-0.

Meanwhile another Indian team (Kamal Chawla and Laxman Rawat) also entered in the medals round defeating Hong Kong-2 (Cheung Ka Wai and Chang Yu Kiu) 4-2 and now they will take on Thailand-2 (Pongsakorn Chongjairak and Poramin Danjirakul)  who knocked out Pakistan team (Muhammad Asif and Zulfiqar Qadir) in the deciding frame 4-3.