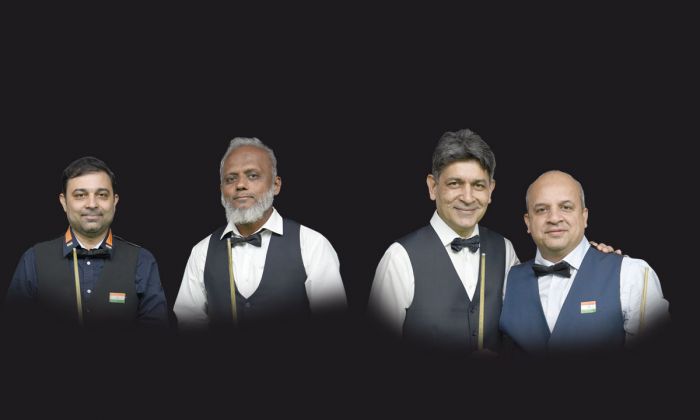 Both the Indian Masters Team have entered in the Semi Finals round of the World Team Snooker 2019. With that atleast one Indian team will play the final tomorrow.


Both have gone through the exciting round of play in quarters. Team India-1 comprises of their national champion Anuj Uppal and Rafath Habib outclassed team Philippines 4-1. In first frame Anuj faced no big problem in defeating Benjamin Guevarra (61-35) but in next, Rafath struggled and missed the frame on black ball (51-64) against Luis Saberdo.

Next two frames were crucial and stretched till the last ball where Indian team maintained the upper hand to take 3-1 lead. Though the score reflects big win for India in fifth frame, but Benjamin gave tough fight to Rafath. However, Rafath countered him well and maintained scoring on each visit resulting in to win the frame and match.

Another Indian team comprises of -time World Champion Geet Sethi and his partner Cherag Ramakrishnan knocked out team China 4-2. Initially Indian team did not play well and despite having lead Geet lost first frame. The second frame was also struggling but somehow having aids of snooker, Cherag managed to level the match 1-1. Doubles frame again repeated the same story. They initially obtained lead but then lost badly 21-69.

In do-or-die situation, Cherag controlled the game and managed to counter Chinese player Kai Zhang by 10 points to level once again. In fifth frame, Geet dominated and scored decent points in all visits to defeat Tian Wen Shun confortably 57-08.

However, they faced bit trouble in next doubles frame but lastly they won that 65-44 to secure medal round entry.