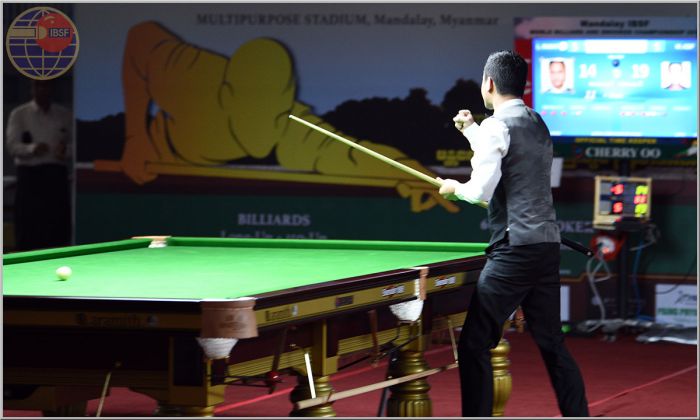 Indian player Laxman Rawat has become the World 6Reds Champion for the year 2019. In the final he defeated former World Snooker Champion Muhammad Asif of Pakistan after deciding frame 6-5.


A superb thriller began with all ease to Laxman and he was quick enough to take 5-1 lead in Best of 11 frames final, but the story yet to be scripted and then Muhammad Asif made a strong comeback with back to back frame wins to reach the deciding frame.

Even though in last frame, Asif had almost reached to the winning line where he needed only blue to secure win, but missed that for long pot and then a loose safety gave slight chances to Laxman.

That was the time when Laxman had to maintain his calm. He held his nerve better and potted dicey blue in centre and then pink in top pocket to land perfectly on black. Though the position was straight, still he took some more time and then potted the desired black to become world champion.