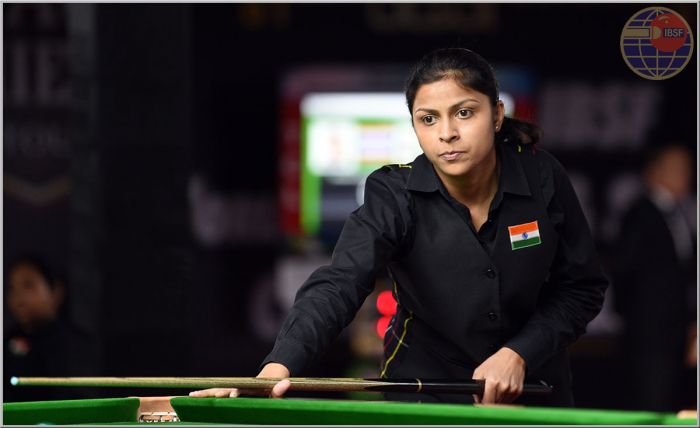 Former Asian champion, Amee Kamani from India knocked out the defending champion of World Women 6Reds Waratthanun Sukritthanes of Thailand scoring 4 frames to 1 in the quarter final match. With this win she has confirmed her entry in to the medals round.


Amee appeared confident and had shown her intentions from the start of the match where she snatched the frame by scoring 41-25 and then in next made a clearance break of 45 points to lead 2-0.

She was set to take away third frame too but as on a slight chance Waratthanun quickly made a comeback and cut the deficit by 2-1. However, Amee was fully alert and responded again in fourth frame to maintain her lead and then in fifth frame she made another clearance break of 32 points to close the proceedings 4-1.

She will now take on former World champion Ng On Yee of Hong Kong who defeated another Indian player Chitra Magimairaj in straight set of frames 4-0. Though Chitra had chances in second and fourth frames but moreover it was one-sided contest and On Yee won comfortably 4-nil.