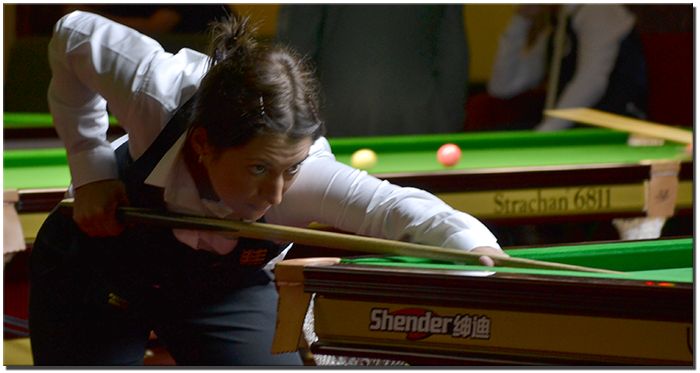 Maria exhibited excellent potting throughout the match. Starting from the first frame, wherever she was getting chance, kept converting the same into scoring shots.

However, Daria countered Catalano's 1-Nil lead by winning the next frame but in subsequent two frames, she fall short by very less margin and had no other option rather bowing down to Maria.

In the match on adjacent table between Yu Ching (Hong Kong) and Arantxa Sanchis (India), Yu Ching completely outplayed Arantxa in straight sets of frame 3-Nil. After losing first two frames, 19-28 and 05-36, Arantxa had chances in third frame but fall short by 6 points.