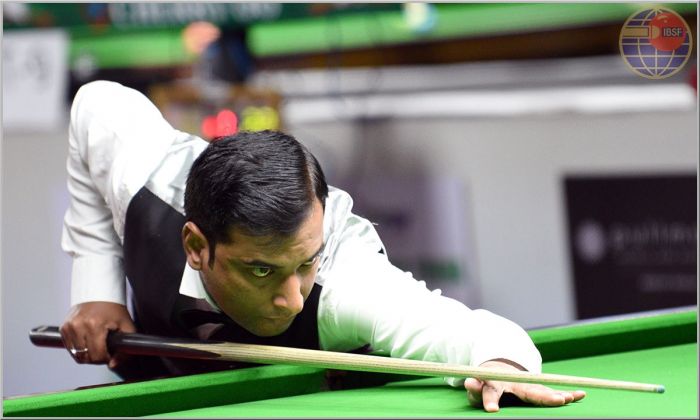 Indian player Akshay Kumar scored first maximum break of World 6Red Championship 2019. He was playing against Alvin Barbero of Philippines where he compiled the maximum 75 in fifth frame to win his match 4-1.


Though this maximum break came to him as a lucky one as he missed yellow in bottom pocket but the ball travelled on three cushions to land in top pocket and break continued.

Akshay was in good control and had taken 3 frame lead when Alvin returned to the game with fourth frame win but after that Akshay scored this maximum to close the proceedings 4-1.

Thailand player Thanawat Thirapongpaiboon was also on run to make 75 in next session match but failed on yellow ball to end the break on 48. He was playing against Nay Lin Htun of Myanmar and went for the maximum by picking each ball precisely. Unfortunately, he hit the last black with slightly extra force and went off-position on yellow. However, he tried but missed.