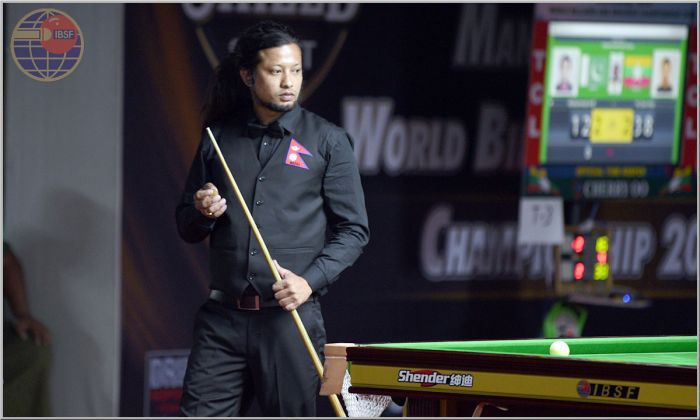 Ankit Man Shrestha of Nepal confirmed his first win in the World Men 6Reds Snooker Championship in style by causing one of the major upset of the championship. He defeated former World 6Reds No.3 Mohsen Bukshaisha of Qatar.


Ankit had a good run in first frame but somehow Mohsen managed to snatch that on black ball but after that Ankit maintained his control and won back to back four games to win 4-1.

With this win he still keeping his hopes alive to qualify for the knockout stage, if possible as group No.3.

Meanwhile former World champion Muhammad Asif of Pakistan also lost his second match. Today he lost to player from Myanmar Ye Zaw Htut 2-4. Though Asif compiled break of 40 points in second game but after that he lost momentum and went down to 1-2. Even the fourth frame win couldn’t help him in regaining that zeal and lost the match 2-4.