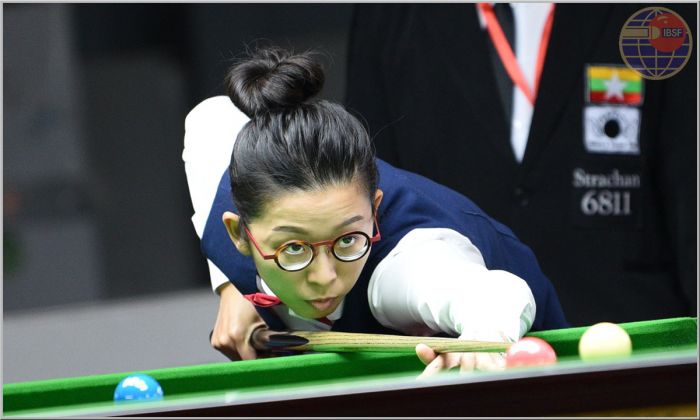 World No.2 in 6Reds, Ng On Yee from Hong Kong faced heavy resistance from her compatriot So Man Yan in her second match of Group Stage here in World Women 6Reds Championship 2019.


The first frame she suffered badly but managed to recover in second frame which remained closed but somehow manageable to level the match. Though after that she scored break of 30 points to lead 2-1 but once again, So Man Yan curtailed her and pushed her for decider by scoring 41-18 in the fourth.

The deciding frame was crucial where So Man Yan again tried to dominated but more experienced Ng On Yee once again managed to curtail her and won the frame by 10 points and the match 3-2.