Facing the Russian challenge Vyacheslav Sorokin, Herk won the first two frame in quick successions when Sorokin make a dent in between and won the third frame 42-28. Sniffing the danger, Herk put efforts to won the fourth frame but again in 5th frame, Sorokin return strong to make a big break but he missed on 24 and lost the momentum after that. Herk kept scoring in between and whenever Sorokin was getting chance, he continued to miss. Last he missed an easy red pot from ball-in-hand. That was the last chance for Herk and he geared up himself to make 27 points to seal the match 4-1. 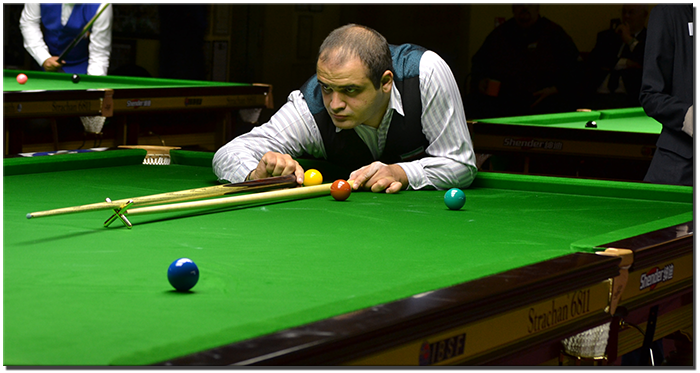 Soheil started with a break off 54 and kept scoring further to get closer to his feat against Rene Vaxelaire (France). He also produced breaks off 64 and 56 in last two frames in order to win 4-1.

Identically, Michal Zielinski (Poland) dominated his match over IIdar Sharipov (Russia) and produced breaks of 60 and 72 in 3rd and 5th frames respectively.