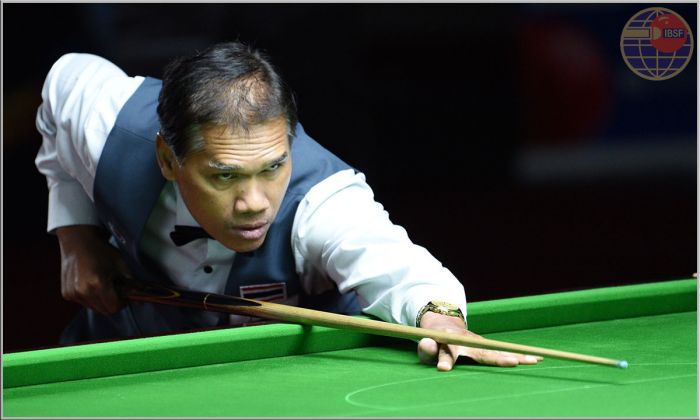 Former World Champion Praput Chaitanasakun of Thailand won convincingly over two-time Asian Champion Dhruv Sitwala of India after a tough fight of all five games. The decider frame he won by crafting break of 89 points perfectly on time.

He was looking to close the proceedings but in third game he missed on 99 and Dhruv used that situation to win the game 150-99(53). Praput, once again failed when he missed fourth game despite reaching 114 points and Dhruv cleared the game with a break of 79 to set decider.

After so much efforts, Praput did not give any further chance and compiled break of 89 to take away the game and match as well.

Although in next match, Dhruv Sitwala shocked multiple time world champion Mike Russell in straight set of games 3-0. Dhruv played a controlled match with four breaks during the match.

Must say Russell stayed unfortunate as he lost first two games by a very narrow margin. Even he had a break of 112 in second game as well.