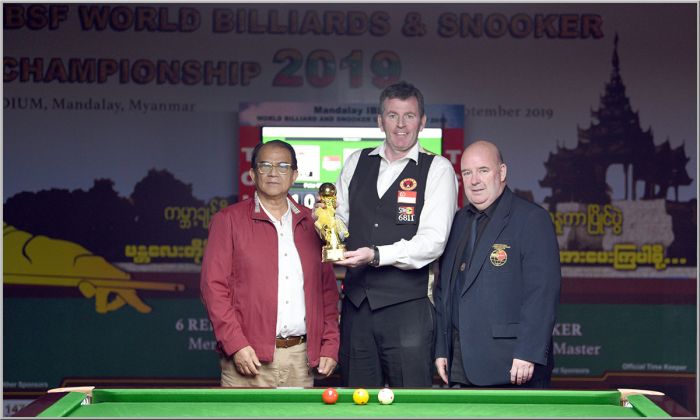 Peter was in dominating form and the only time when he trailed was initial stage but that trail was not so relevant because soon, he moved ahead of Praput’s score. Later he kept widening the gap of his lead to put him into the secure zone. By the half time he was leading by around 200 points.

In second session, he again went on highs scoring and obtained lead of more than 400 points. However, Praput also got some scoring shots and managed to cut the deficit but again Peter took the charge and close the proceedings by reaching 1000 points mark in 1000Up format final.

In another semi-final, Praput defeated World No.2 and Asian Billiards Champion Nay Thway Oo. The match went for longer period as they both countered each other very well till the first halftime but in second session, Praput maintained his control and defeated Nay Thway.

The IBSF World Billiards Championship 150Up will start tomorrow at 10 AM.