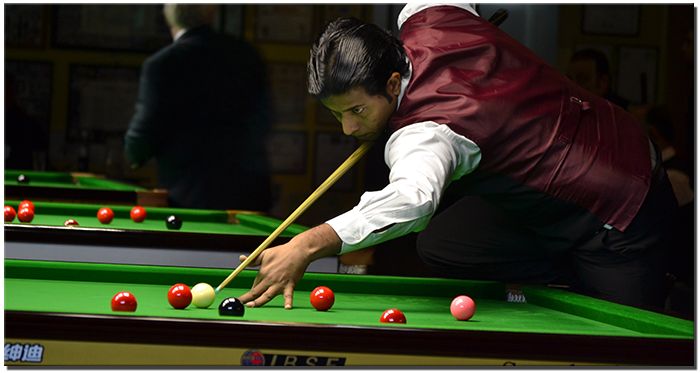 With a break of 68 points where Asif used maximum pink pots was looking to cleared the table, but fall short when he went out of position on second last red. The cue ball landed too close to red leaving no option for Asif to pot that. He, however, tried in centre pocket but missed.

The second frame was completely dominated by Jason Devaney and he pulled the frame from another Pakistan player Muhammad Sajjad 87-23.

After that Pakistan team did well in doubles frame to defeat team Ireland 84-06 and Sajjad continued the zeal in next single (reverse) frame too to register win for Pakistan but in last frame Asif lost to Devaney 24-82 to and match score settled on 3-2 in favour of Pakistan.

Another Irish team (Ireland7) lost to team India1 but curtailed Indians to make a clean sweep. After the first frame won by Manan Chandra for India, Philip Brown pulled the next one on black ball from Brijesh Damani (59-52). Both the Irishmen, John O'Sullivan and Philip Brown, tried hard in doubles frame but lost on black ball again.

In fourth frame, Manan made a break of 67 points to give clear win for India but again John pulled next frame from Brijesh Damani to narrow the deficit.

However, Ireland1 and Ireland5 registered convincing win against Australia and UAE. Where Ireland1 made a clean sweep 5-Nil, Ireland 5 gave one frame and won 4-1.