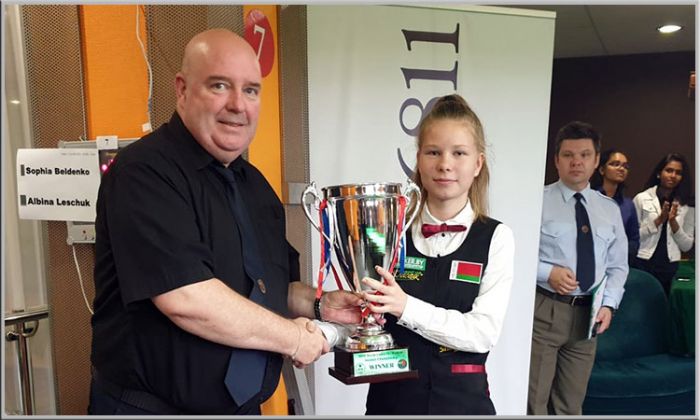 In the year 2018 Albina Leschuk reached in the final but settled with silver but this year she emerged as Champion of the IBSF World Under-16 Girls Snooker.


Despite facing strong competition, the 14-year-old Albina shown strong determination and won all three knockout stage matches. She won her quarter final match against Lilly Meldrum of Australia 3-2 and then knocked out Kseniia Zhukova of Russia to confirm her entry in the final.

Decider was not that easy where her opponent Sophia Beldenko of Russia gave strong fight and both played all five frames. However, Albina held her nerve better in the decider and won that 47-37 to claim the title.