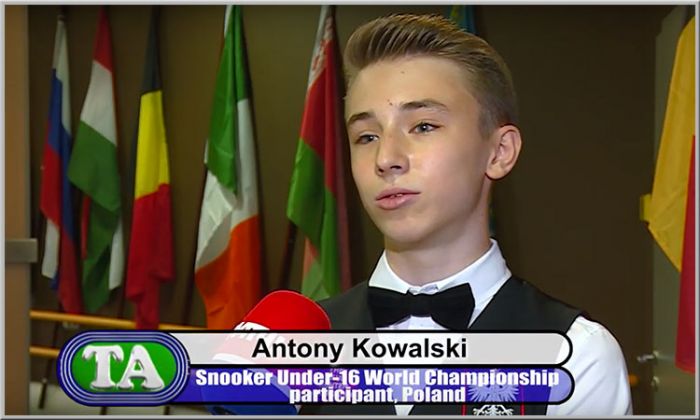 Top two seeds of the World Under-16 Boys Snooker Championship 2019 knockout stage have entered in the final of the competition.


Top Seed Bulcsú Révész of Hungary will take on second seed Antoni Kowalski of Poland in the final and the winner will receive the coveted trophy of World Under-16 Snooker 2019.

In the first semi-final, Bulcsú Révész played against Pakistan’s Umar Khan and won 4-1. Umar gave a brilliant start and won 107-12 with a sparkling break of 53 points. But after that Bulcsú won next four frames in a row to win the match.

Though Umar gave tough fight in second and third frame also but Bulcsú managed to secure them by narrow margin. In fourth frame Bulcsú posted break of 84 points to raise the lead 3-1 and then 83-13 in fifth frame to close the proceedings.

In another semi-final, Antoni also won by identical score where he dominated entirely except in second which was won by Ranveer Duggal of India.