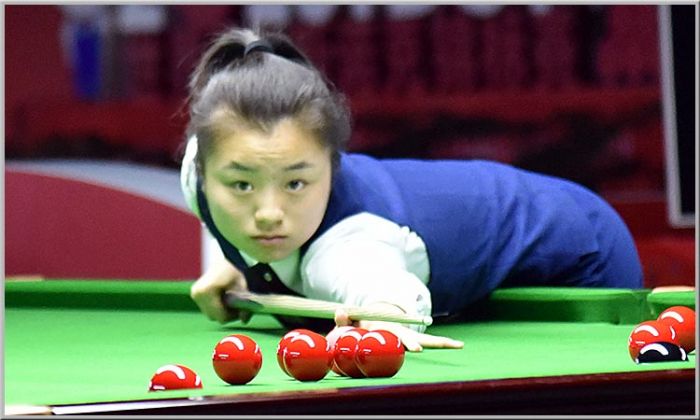 
Against Yulu, Siripaporn accelerated in first frame with good scoring shots but soon she started losing control and went down 49-77. Yulu by the time had taken over the charge and dominated all around in second frame to make two breaks of 36 and 33 points and won 85-00. However, there was an attempt by Siripaporn to recover and she fought hard for that but towards the end she fell short by 9 points and lost the match 0-3.

In second semi-final, Nutcharat Wongharuthai knocked out her compatriot Ploychompoo Laokiatphong by identical score 3-0. This also remained one-sided match where Nutcharat dominated and ended the match with a big break of 61 points. Her score was 46-03, 57-14 and 118(61)-04.