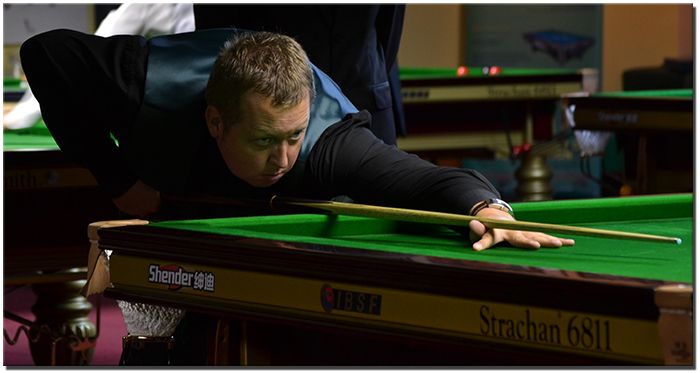 After losing first match today, Robert Murphy bounced back and defeated Juha Lehto of Finland 4-1 in last session of the day.


In another match, Muhammad Asif (Pakistan) had to spend extra time on table to win the match against Jason Devaney (Ireland) 4-3.

After losing first frame to Devaney 12-58, Asif won subsequent 3 frames to gain 3-1 lead over Devaney, but few mistakes in next two frames well punished by Devaney and he pulled Asif to play decider.

In the decider, Devaney had chances but finally Asif played some controlled shots to win the match.