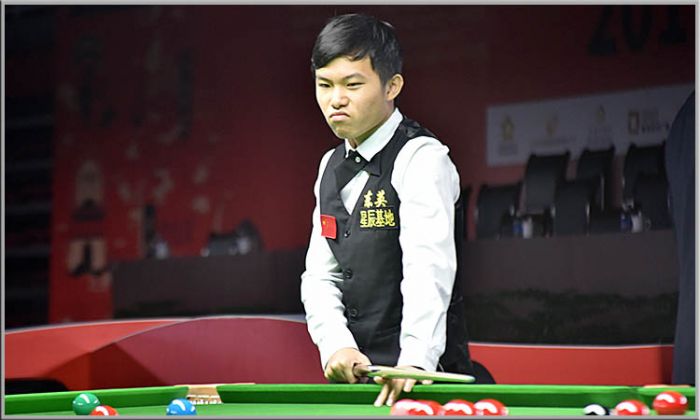 Three Chinese and one Thai player stayed unbeaten on day one of the World Under-18 Snooker Championships 2019 here in Pingdu.


All of the participants played two matches each on day one, out of them these four, Zhao Jianbo, Liu Hongyu, Jiang Jun of China and Ratchata Khantee of Thailand stayed unbeaten so far.

Zhao Jianbo played against Callum Beresford of England and Digvijay Kadian of India. Though he did not have any big break but both the matches he won comfortably. However, in his group, Digvijay Kadian scored a century break in another match against of Ehsan Moghimi Asl of Iran.

Unlike Zhoa, his compatriot Liu Hongyu hit two big breaks of 108 and 97 points while defeating Marc Fridman of Australia and another Chinese boy Chen Xiaolong.

In the same group, Thai player Ratchata Khantee is alos unbeaten so far and he defeated same players by identical scores.

Today is the last day for the league stage and total 21 players from these seven groups will enter in the single elimination round of Last-21.