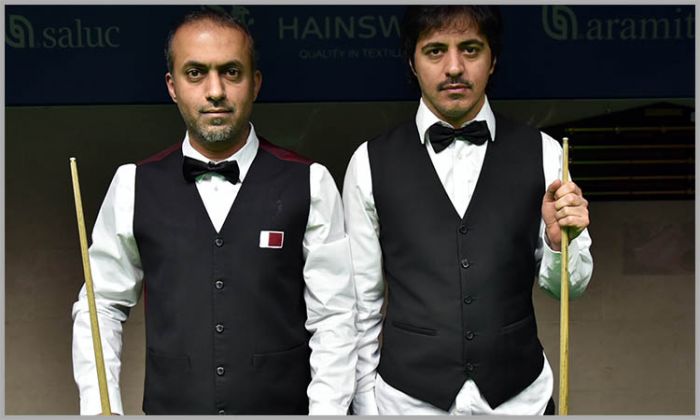 Qatar’s No.1 player Ahmed Saif and his partner Mohsen Bukshaisha went on till the last ball and defeated team China to confirm medal for Qatar from IBSF World Team Cup 2019.


It was not that easy for Qatar as China played exceptionally high-quality game throughout the competition. Even in first frame, Gao Yang defeated Ahmed Saif by 91-40. Mohsen, however, levelled the match by winning second frame 66-31 but Xing Zi Hao put extra pressure by sending a 128 points clearance and maintained lead.

Mohsen remained effective once again and won fourth frame by one point to level it again. For Qatar it was a great opportunity and their player Ahmed Saif fought like a warrior and countered Xing Zi Hao very well. Finally in the end, he played brilliant shot to pot last black and won the match.

In the doubles frame, both the Pakistani players took away the frame scoring 63-08 and confirmed their berth for semi-finals.