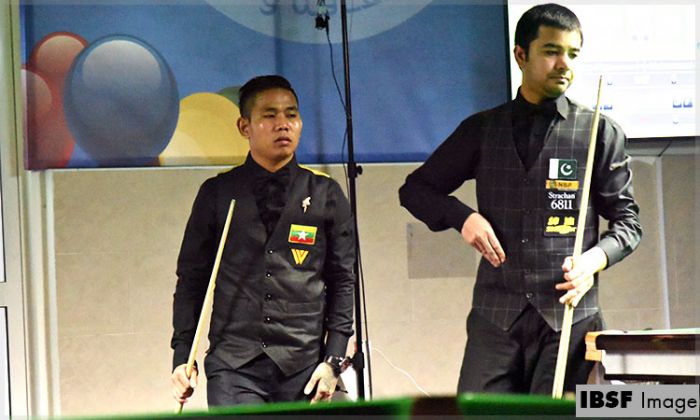 Asian Under-21 champion, Aung Phyo of Myanmar has confirmed his berth for the quarter finals of the Qatar 6Red World Cup 2019 by defeating Muhammad Majid Ali of Pakistan 6-4.


Aung performed really well throughout the competition so far and this will be a big boost for his further matches.

Aung was down 1-2 when he sent a strong break of 64 points to level the match and then took lead by winning the next also.

Though Majid fought hard and tried to curtail him but Aung kept himself focused and raised his lead to 5-3.

Majid managed to win one more frame but Aung capitalized in 10th frame to close the proceedings 6-4.