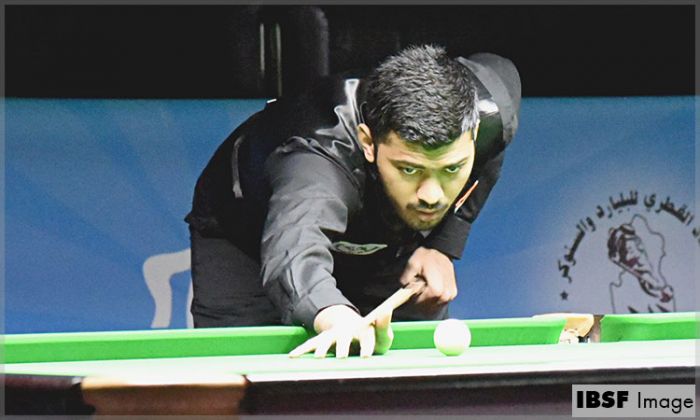 Top-seed and the tournament favourite Pankaj Advani was upset by his compatriot Dhvaj Haria 6-4 in the Last-16 knockout match of the Qatar 6Red World Cup 2019 at QBSF Academy here in Doha.

Advani had chance even in 9th frame but Dhvaj dominated from next chance took the victory after a fabulous 67 points break.