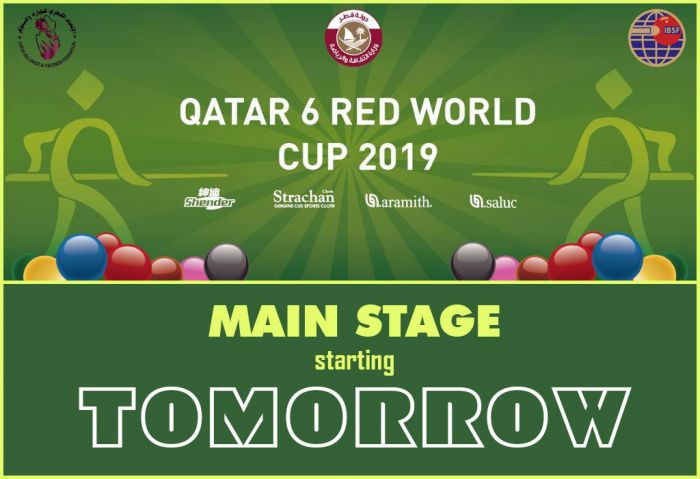 The inaugural Qatar 6Red World Snooker 2019, sanctioned by IBSF, starts on Saturday in the Academy of Qatar Billiards and Snooker Federation at Doha. The strong line-up of 32 participants from all four regions have now reached in Doha to compete for the winner’s prize-money of US $ 10000.

Eight Groups have been prepared with four players in each group. Four sessions will be played for next two days for the round-robin matches and two from each group will qualify for the Last-16 stage knockout stage.

LIVE Matches will be shown on three tables and one table will go for FACEBOOK LIVE. Live Scoring and Streaming links can be seen on IBSF Website.


Let’s enjoy the exciting matches of world’s best cueists for next four days.