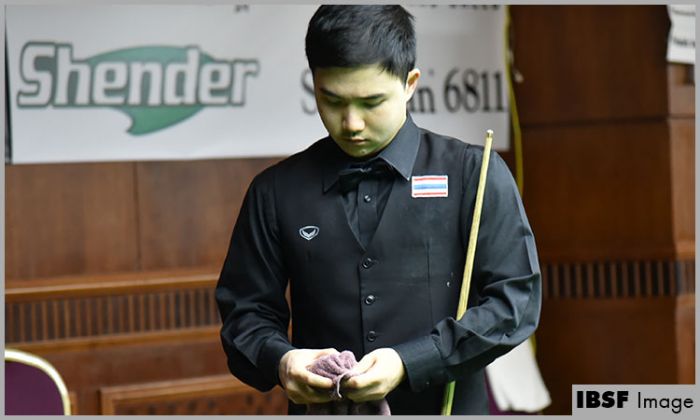 Thanawat Thirapongpaeboon is all set for his maiden entry in the World 6Reds final here at Marsa Alam, Egypt.


Today he knocked out Pakistan player Muhammad Majid Ali in an almost one-sided affair. The first frame he won had very low scoring 25-02 and then he conquered another one 58-10.

Down two frames, Majid made a classy recovery by sending a clearance of 69 points but that’s the only frame he could’ve won because after that Thanawat rallied breaks in all three frames 47, 59 and 48 to close the proceedings in very short time.

This is the first time Thanawat is appearing in any individual Senior World Championship final. However, he holds the World Under-21 title, which he won in 2011 at Montreal, Canada. He is also holding Asian 6Reds title of the 2018.