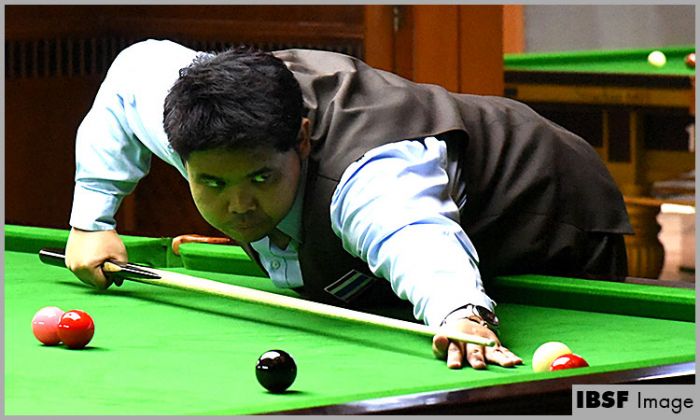 Defending champion for the World 6Reds Championship 2018, Darren Morgan of Wales, has been knocked out in the Last-16 knockout stage, losing to Thai player Passakorn Suwannawat 3-4.


Morgan’s defense came to a stunning end when Passakorn sent an excellent 70 points clearance break in the deciding frame.

This match was certainly a high-quality match where both scored six breaks to counter each other and a quality match winning break in the end from Passakorn was icing on the cake.

Morgan at one stage was down 1-3 when he sent two contributions of 45 and 42 to level again but was just a mute spectator in last frame and packed-up.

Thanawat obtained two frames lead crafting break of 72 points when Andrew pulled one frame having break of 42 but after that he scored only one point and lost in straight frames 57-01, 51-00.