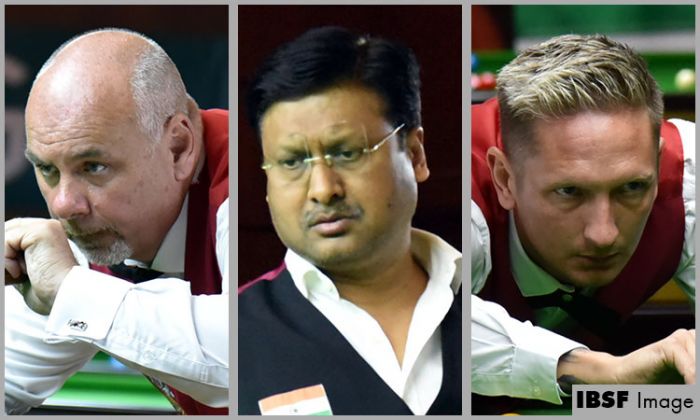 Defending champion, Darren Morgan of Wales, Best bet from India, Alok Kumar and the versatile Andrew Pagett from Wales were in great form and shown their quality game in the round of Last-32 and won their respective matches in quick session 4-nil. They all scored heavily leaving no chance of recovery for their opponents.


Darren was little upset with some unfortunate personal emotions but he didn’t let that prevail over his game. He was playing against Indian player Pushpender Singh and in first three frames he crafted breaks of 35, 63 and 42 to take 3 frames lead. Though the fourth frame was little tight but he cleared that too scoring 40 against 21 to win 4-nil.

By that time Bilal was seen completely dejected and pressure had mounted on him. In fourth frame he had chance to recover but instead of playing slow to pot hanging red, he played bit hard and went out of position. From there onwards Alok started scoring and taken lead with his tactical play.

Mid way he also placed couple of snooker to get back on scoring shot and then put himself again for a big break but before he could go for that Bilal shook hands and accepted defeat.