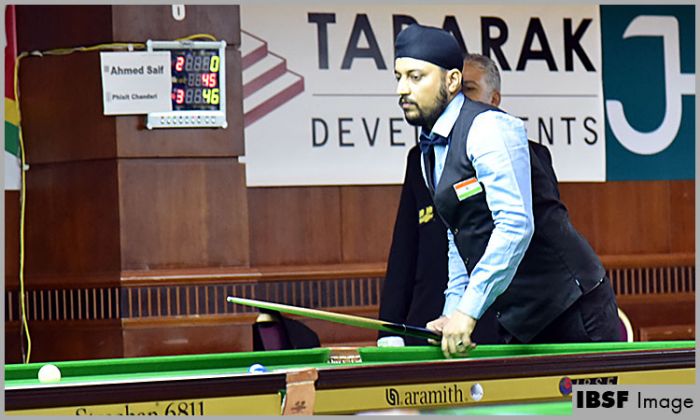 Indian player Pushpender Singh registered 4-3 victory over his compatriot Akshay Kumar by securing the deciding frame in a dramatic way.


Akshay gave a fantastic start by crafting breaks of 30 and 38 points but then Pushpender made a comeback and secured back to back three frames. Akshay once again responded strongly and won the sixth frame one-sided 40-06 and set decider.

Even in deciding frame, Akshay kept hold on the situation and obtained decent lead but didn’t agree to give up and placed snooker for blue, which Akshay broke but unfortunately potted the pink. On next snooker he missed leaving very difficult position for Pushpender for blue, which Pushpender did and then potted dicey pink followed by black to turn the entire match upside-down.