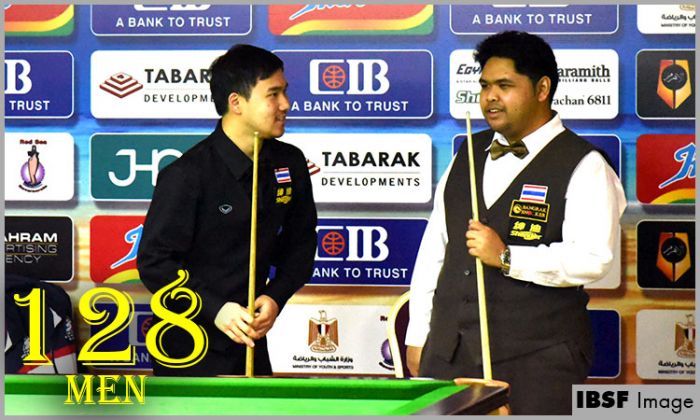 Team Thailand players Thanawat Thirapongpaeboon and Passakorn Suwannawat enters in the medals round after winning the grueling quarter final match against Hong Kong-2. During the match they also scored break of 128 in scotch-doubles frame surpassing previous best 121 scored by Iraq in Last-16 stage.


Passakorn started well against Au Chi Wai and crafted frame winning break of of 56 points and then the sea-saw battle began where after five frames, Thailand trailed 2-3. In that tense situation, they both accepted the challenge and crafted break of 128 in scotch-doubles to set decider.

Thailand will now take on Russia (Ivan Kakovski and Mikhail Terekhov) who knocked out india-4 (Varun Madan / Kamal Chawla) in the deciding frame.