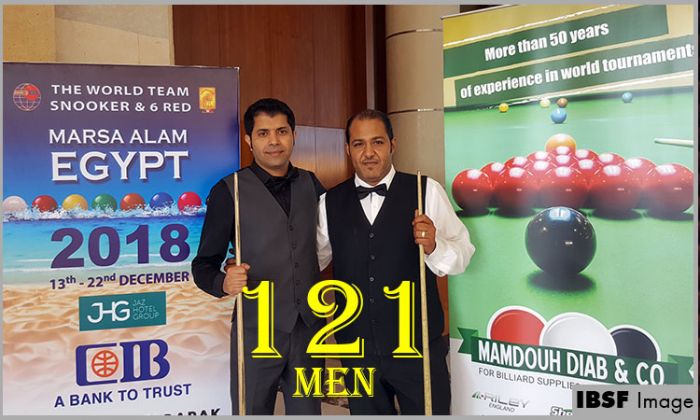 
Though they lost the match 1-4 and got eliminated from the competition but that frame was recorded as one of the best frame in this competition.

They both complimented each other as a team and played every shot with precision so that the partner gets a proper position. Fantastic team work of Omar and Ahmed got this result that they are now having the highest break of the competition so far where all other are struggling even in individual to have century breaks.

Earlier in the group stages, they performed well and won two matches out of total three group stage matches. They beat Egypt-5 (4-1) and Iraq-4 (5-0) to confirm berth for the knockouts last night.