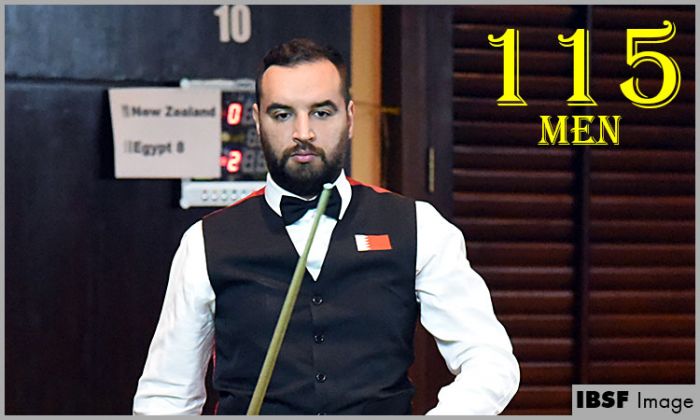 World Team Snooker (Men, Masters and Women) has now reached into the single-elimination round where 16 teams for Men, 8 teams of Masters and 6 teams of Women will contest for the knockout competition for title race.


For men, the best performance was from teams of Thailand and Hong Kong-3. Both the teams stayed equal in frame average and from random lots, Thailand (Thanawat Thirapongpaeboon and Passakorn Suwannawat) obtained top-seed slot. They will now take on India-2 (Dilip Kumar and Himanshu Jain in the Last-16 stage match.

Today there were two century breaks in men category. First was made by Pushpender Singh of India, who crafted 107 points in last frame of their match and in next session, Habib Subah of Bahrain surpassed that break and made 115 to set new highest break of the competition.

And in women category team Thailand-1 (Waratthanun Sukritthanes and Siripaporn Nuanthakhamjan) stayed No.1. They lost only one frame in all the round robin matches they played whereas Hong Kong-1 got second seed. Hence both these teams advance to Semi-Finals with a confirmation of medals to them.