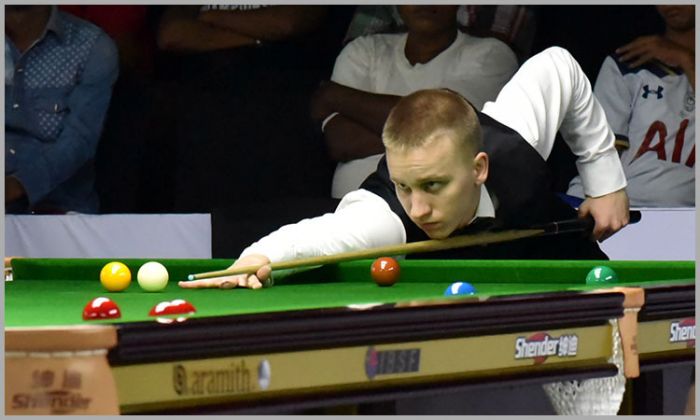 Pankaj Advani from India, has now lost his Last-16 knockout match. He was defending the title that he won last year, but failed to retain that after losing to Kacper Filipiak of Poland 2-5.


Kacper was in good form after beating Peter Bullen of Belgium in Last-32 and the same form he continued against Pankaj too. Though Pankaj won first frame credit break of 48 but later Kacper clinched back-to-back two frames to take lead 2-1. Pankaj attempted a comeback in fourth frame but Kacper sent a frame winning break of 64 points to take the score 3-1.

In next frame, Pankaj managed to craft two small breaks of 56 and 47 points to cut the deficit but thereafter he struggled in subsequent frames. Kacper continued to win and took 4-2 lead.

In seventh frame, Kacper obtained early lead but before he finish the match, Pankaj got a chance to make a comeback. He was down 0-61 with 67 available on table. He scored 23 points and then placed a snooker, which Kacper broke and got lucky red-pot with perfect position for black. Thereafter nothing left for Pankaj and he congratulated Kacper for the match.