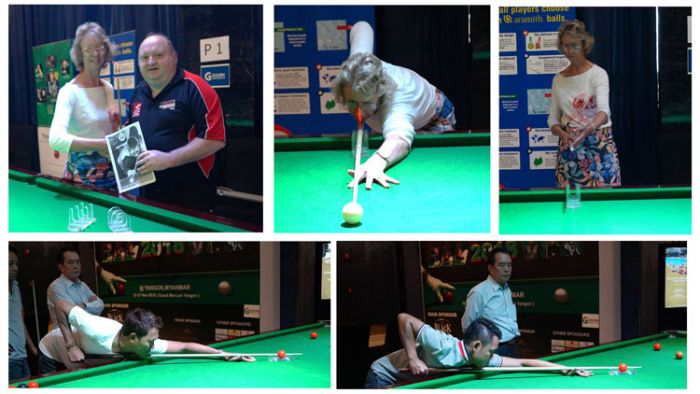 The sixth morning of the IBSF Cue Zone at the 2018 IBSF World Snooker Championships in the Grand Mercure Hotel, Yangon, Myanmar was held with players from Australia, Myanmar with Irelands IBSF Coach PJ Nolan on the 23rd of November.


PJ worked on their Break Building, Developing good fundamentals in their Techniques.  All the players really impressed PJ with their commitment and the players said they really enjoyed their lesson.