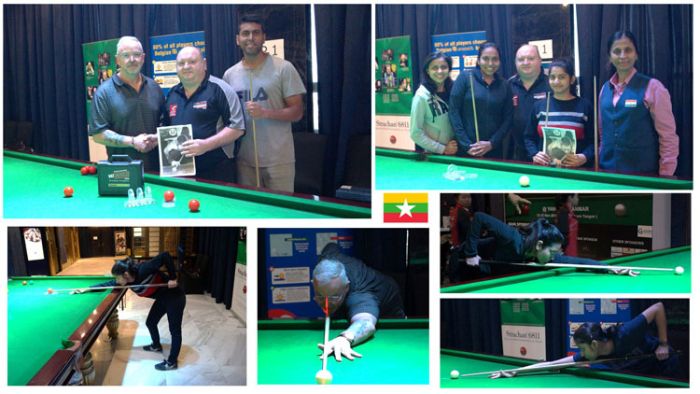 This morning the fourth successful IBSF Cue Zone at the 2018 IBSF World Snooker Championships in the Grand Mercure Hotel, Yangon, Myanmar was held with players from New Zealand and India with Irelands IBSF Coach PJ Nolan on the 22nd of November.