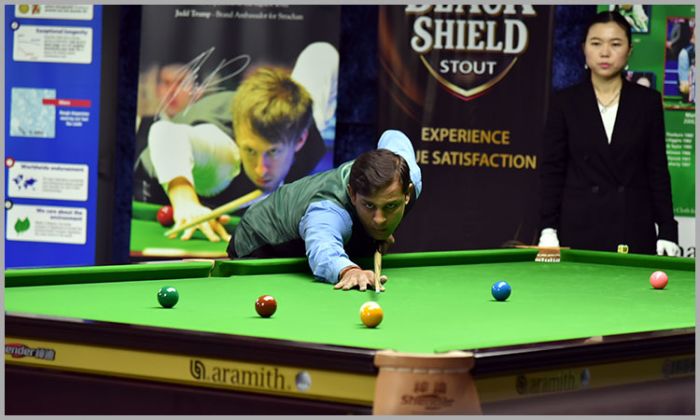 Winner of first championship of the Asian tour 2018, Muhammad Bilal of Pakistan, returned to his original form after two struggling days of the competition. Today he finished his match in great style 4-0 setting up the new highest break of tournament as 139.


Bilal was on verge of elimination from the group stage itself as he lost badly in first two matches of the championship. Today he had last chance to qualify from the group and he achieved it by winning his last group stage match.

Bilal won all the frames one-sided curtailing South Korean player Chulho Hwang on low scoring. Even in fourth frame he went on for the massive score and set crafted break of 139 points, which surpassed the previous high break of 136 points made by Chang Bingyu of China.

By winning this match, Bilal has now entered in the knockout stage of the championship as group No.3