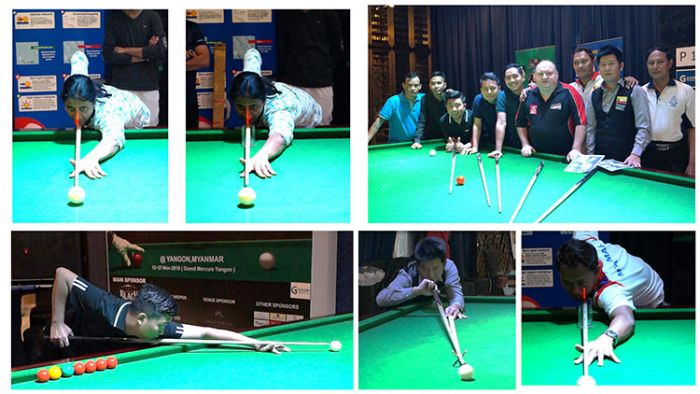 The free IBSF Cue Zones continued today in the 2018 IBSF World Snooker Championships in the Grand Mercure Hotel, Yangon, Myanmar with IBSF Coach PJ Nolan on the 20th of November with talented players from Myanmar and India.

The IBSF are offering free coaching sessions to all players who are participating in this year’s IBSF Championships in Myanmar. PJ worked on their Break Building, Developing good fundamentals in their Techniques.  All the players really impressed PJ with their commitment and the players said they really enjoyed their lesson.