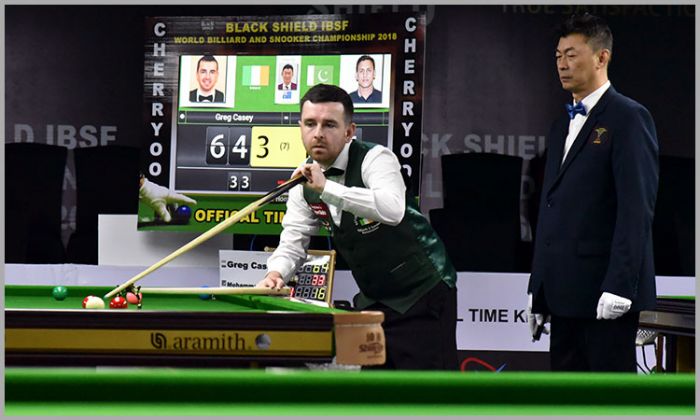 
The first frame went to Bilal where he scored break of 81 points to counter Greg’s total score of 51 points and took initial lead.

To counter that Greg played more cautiously and clinched the next frame scoring 75 against 36 and bring back the match on level.

In third frame, Bilal obtained good lead and could have won that frame too, but on a score of 40 he opted to play safe in the bunch of reds and all three times he missed, resulted in forfeit of frame for him on 3 consecutively miss-rule on open ball. Later he admitted that he forgot the rule.