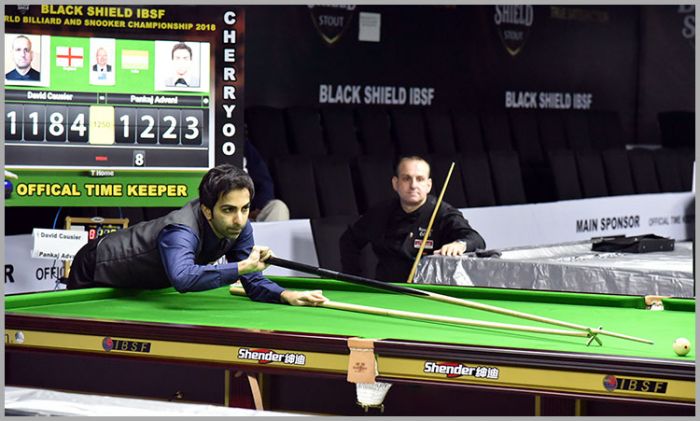 High voltage semi-final match of World Billiards Championship 2018 (Long-up) ended in favour of Pankaj Advani. Undoubtedly this match remained best match of the championship so far where the winner of 1250 points Long-up Semi-final declared only on 66 points difference. The final score was 1250-1184 in favour of Advani.


The match began where Causier took initial lead and made breaks of 280 and 93 in a short span of time. It could be threatening for Advani but timely rescue break of 304 followed by 236 put him ahead of Causier.

Though Causier sent more breaks of 136, 181 and 206 but Advani’s consistency and regulation of breaks (86, 82, 57 117 and 183) brought him very near to finishing score. Somehow he didn’t get the correct shot when he was on 1194 points. He played safe but Causier’s shot forced Advani to attempt get recovery of correct position. He somehow succeeded but after making 19 points, an attempt for forced cannon resulted in white pot with red and cue ball on opposite cushions.

Here a bad safety brought back the red out from the baulk-line and Causier began for a recovery break but on 1184 he missed the long pot and Advani after couple of safe shots, managed to get break-through with a cannon.

His third shot was a cannon but landed white in pocket and from there he played 8 red pots and a red in-off to close the proceedings 1250-1184. 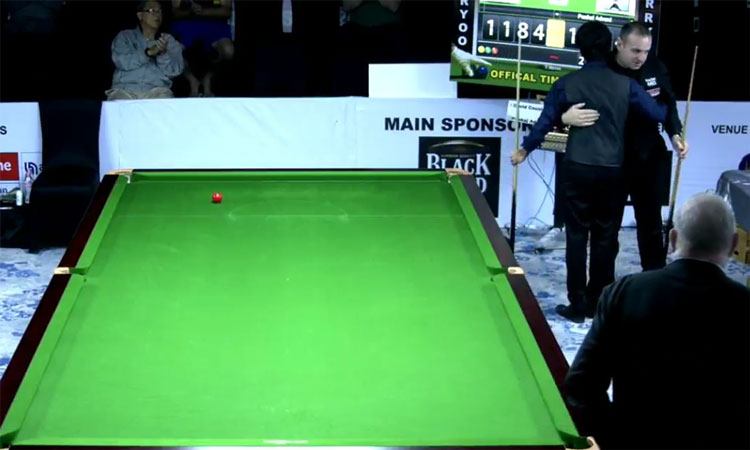