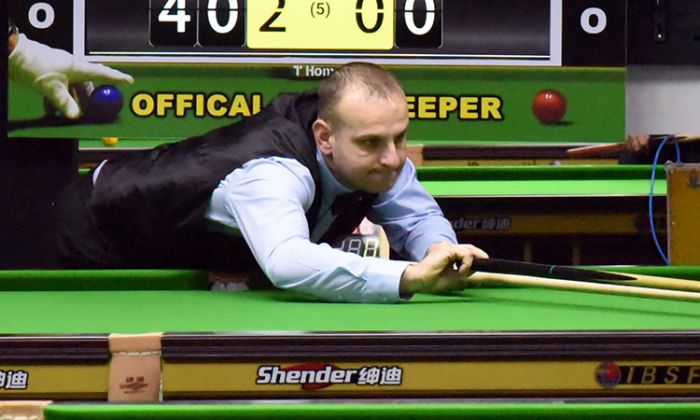 David Causier from England was too quick to finish his match scoring all points in the group stage match of World Billiards 2018.


Causier was playing against Siddharth Parikh and started with a break of 95 followed by 387 to reach the final score line of 500 keeping Parikh on zero scoring. He was fluent across the table and kept scoring smoothly to finish the match in less than an hour.

His break of 387 is now the highest so far in this competition that surpassed the previous best 340 made by his compatriot Robert Hall yesterday.

Causier has one more match pending that he will play today against Alok Kumar of India to decide his position for the knockout stage as to be in Last-16 or to play in Last-24. His match would be interesting to watch against Alok Kumar who has also not lost any match yet and eyeing for the group top position.