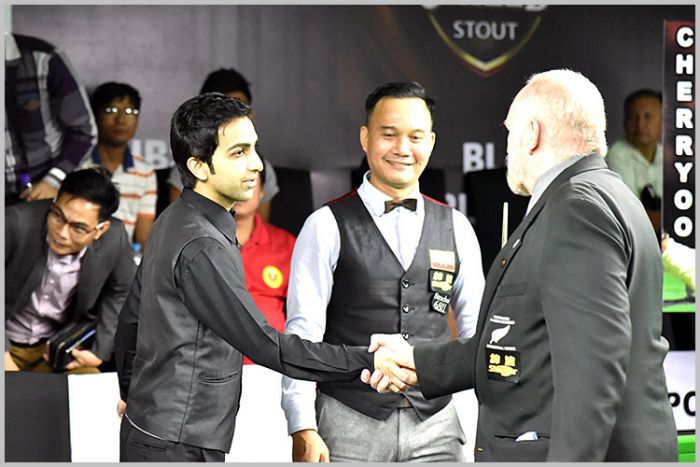 Indian player Pankaj Advani has successfully defended his World Billiards (150-Up) title here at Yangon, Myanmar by defeating Nay Thway Oo of Myanmar 6-2 in the final.


Not only the final, but Pankaj played flawless throughout the competition and today also he started with game winning break of 108. His break was replied by Nay Thway with a break of 147 to stay at par and the same practice went on in next two games to score 2-each.

Though Nay Thway Oo competed well in 6th and 7th frame too but Pankaj rallied the breaks of 141, 129, 145 and lastly an unfinished break of 151 to secure next four games to finish match score as 6-2.

The prize distribution will take place on 18th after the culmination of World Billiards Championship (Long-Up) that started today and Pankaj is schedule to play two group stage matches at 3 PM and 5:30 PM