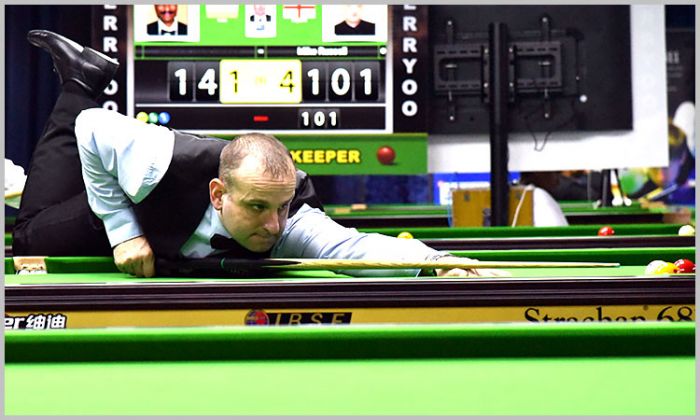 English player David Causier, after losing the first game, rallied small but effective breaks in his quarter final match of World Billiards Championship 2018 against Rupesh Shah of India and obtained lead of 4 games to 2.


His rally continued in seventh game also but he lost the game by mere five points where Rupesh’s 55 points break came in correct time. After that Rupesh send two breaks of 83 and 54 points to clinch the 8th game to give himself a survival in the match and set decider.

The deciding game was too competitive and both were under tremendous pressure. They both started missing the regulation of shots frequently. The match could have been in favour of Rupesh but on 77 points he missed a very simple cannon hitting the red full-ball. That allowed Causier to post a break of 101 points to move ahead of Rupesh.

In tense situation both shown stiffness in grip that resulted in more frequent missing the shots, but finally Causier got the chance to wrap up the proceedings and he jumped with joy to enter in the Semis.