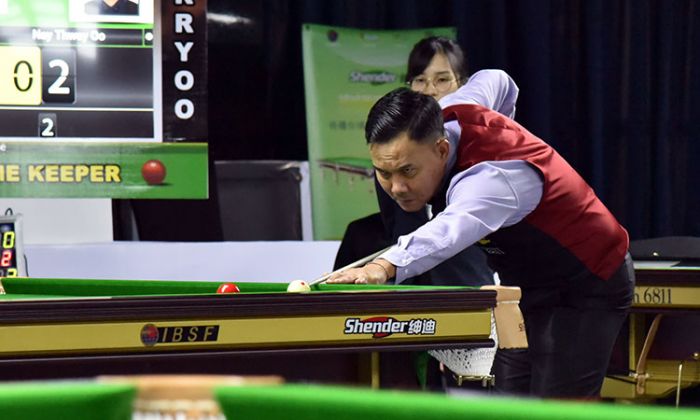 
In first game when Siddharth missed on the break of 92, Nay Thway completely took the charge and made three back to back breaks of 96, 86 and 147 to take 3-0 lead.

Even in fourth game, when Siddharth missed out on break of 102, he made 131 to secure that game too.

The last game was mere formality where Nay Thway Oo posted final break of 122 and won the match. He will now take on Mike Russell in the semi final to be played shortly.