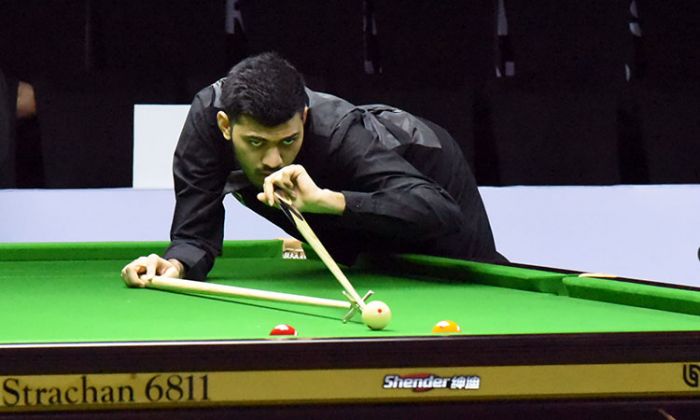 Indian player Dhvaj Haria stopped the winning stream of Mike Russell in the 150-Up format of World Billiards Championship 2018 ongoing at Yangon, Myanmar.


Knowing the caliber of Russell, Dhvaj gave a firm start and initiated with a break of 101 in first game itself. But when he missed cannon, Russell attempted for a break but finished it after making 56 points. Thereafter Dhvaj made balance points and pocketed first game.

In second game, he also kept it tight for Russell and won the game by scoring 151 against 34. Dhvaj wanted to close the match proceedings early but in third game he missed in-off. That opportunity for Russell allowed him to make a comeback and he did by crafting break of 103 points break.

In fourth frame, Dhvaj played smartly. When he went out of position near century, he opted to play safe and did double baulk on a score of 102. In subsequent visit, he cleared with remaining points and defeted Russell 3-1.

With this win, Dhvaj finishes as group topper and will play knockout Last-16 stage directly.