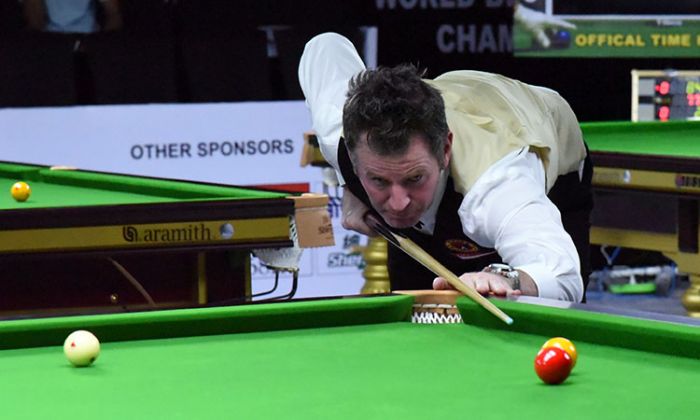 Peter Gilchrist of Singapore recovered well on time against Chulho Hwang of South Korea and defeated him 3-2 in his first match on day one of World Billiards Championship 2018.

Even after that, Chulho Hwang played fantastic knocks to take away next two frames scoring break of 70 in second.

It was crucial time for Peter where one mistake could have costed him the match, but timely he shown his masterclass and made back to back two unfinished breaks of 110 and 150 and registered 3-2 win over Hwang. 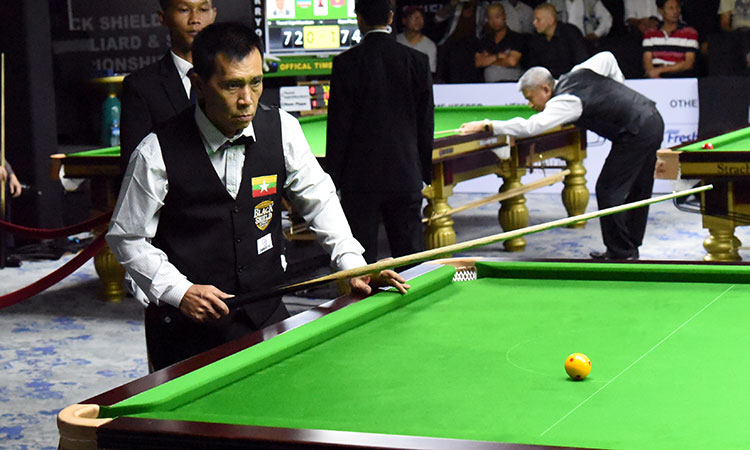 Aung San Oo made breaks of 56, 60 and 59 in all three games to keep going towards winning side.