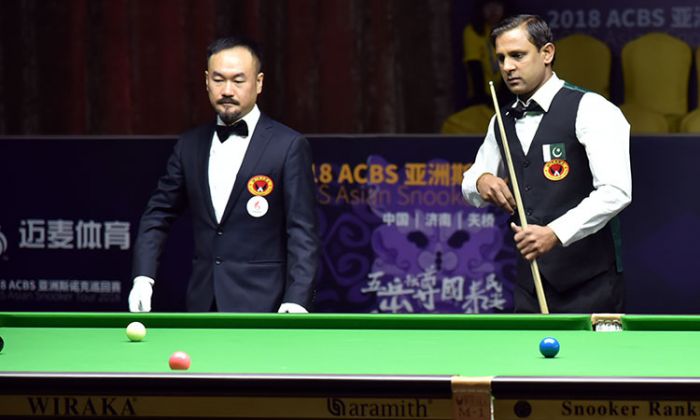 The defending champion, Muhammad Bilal of Pakistan opened his account with an easy win of 4-0 over Ali Alobaidli of Qatar in the second championship of Asian Tour 10Reds Snooker 2018. The championship is being played in Xiang Yun Hotel in Jinan, China.


Bilal maintained his dominance and won all four frames easily. Though he did not make any break in first two frames but in next two, he crafted breaks of 50 and 48 to accomplish his today’s task.

In third frame Ali had chances to make a comeback and he attempted to place few snookers also, but overall it was Bilal’s game and he scored well on his chance.